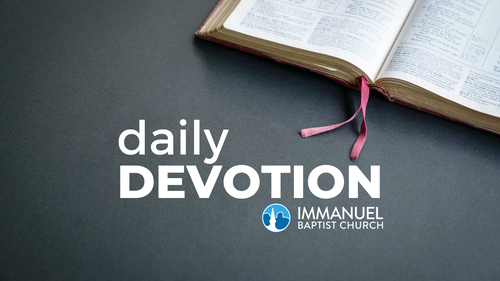 "’For this son of mine was dead and is alive again; he was lost and is found.' So they began to celebrate. Meanwhile, the older son was in the field. When he came near the house, he heard music and dancing. So he called one of the servants and asked him what was going on.” (Luke 15:24-26)

It’s almost too good to be true. He’s come home! I can only imagine our party-boy-turned-slop-craver practiced what he’d say to his father the whole journey home. He second guessed every step, feared the punishment; and yet, he continued home. He was hot, smelly, and exhausted. Home was around the corner, and his father was waiting.

The one response I can’t believe he’d have imagined was exactly what occurred. With a lump in his throat, he came down the driveway to see someone running toward him. Dad! Bracing for a smack or a bunch of hard-to-hear words, no one could have expected an enveloping hug. There were tears of joy and celebrations to be had. Be sure not to miss how quickly the father gave the orders for the celebrations. This was something planned for a long time. He was prepared and ready!

But then. But. Then.

It’s almost too much to be true. His brother was home! I can only imagine our hard-working-good-son practiced what he’d say to his father as he traipsed from the field to the house. He was purposeful in his steps, feared nothing; and yet, he stomped back to the house. He was hot, smelly, and exhausted. Home was around the corner, and his father was waiting.

The one response I can’t believe he’d have imagined was exactly what occurred. With fire in his throat, he walked across the farm to see his father and brother. DAD! Balling his fists and a mouth full of hard-to-say words, no one would have expected a celebration. But his dad was prepared and ready.

Maybe you’ve been the lost and maybe you’ve been the good. Here’s the deal, your father is waiting for you with open arms. Be grateful for His unconditional love – during both obedience and disobedience. God’s love for each of us is independent of any other relationship. The lost son and good son both had feelings, frustrations, and family. No one is keeping score, and He stands ready to welcome you - from a long day of work or after a journey from afar.

Just like the dad loved his sons the same, our God loves each of us. The relationship is between you and God… no one else. Just keep your focus there!

Lord, thank You being ready for me in the celebrations and the everyday dinner. I feel You welcoming me each and every time. Amen