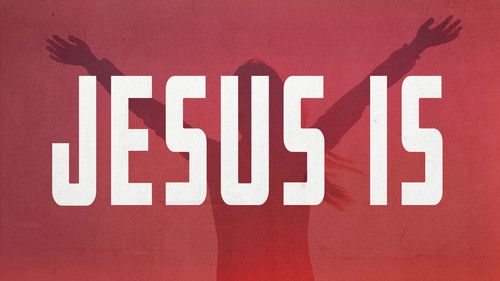 For in him all things were created; things in heaven and on earth, visible and invisible, whether thrones or powers or rulers or authorities; all things have been created through him and for him. He is before all things, and in him all things hold together. And he is the head of the body, the church; he is the beginning and the firstborn from among the dead, so that in everything he might have the supremacy. (Colossians 1:16-18)

Paul was living (and thinking) way before his time. In this part of the letter to the Colossians, he really taught a big lesson. One I believe we can learn over and over. Y’all… Jesus is… before. I know that sentence isn’t close to grammatically correct, but it’s just what it is.

Jesus wasn’t created 9 months before that night in the manger. He is constant. He is forever. He was before.

In the beginning God created the heavens and the earth. (Genesis 1:1)

Now, this is where we were introduced to Him, but friends, He already was.

I’ve always said if one of my devotions ever had a word in the original Greek, you’d know I had a ghostwriter. But, hang with me, this is so cool. In Greek, “in the beginning” is the same word in both verses. And, I don’t think it was a coincidence. Yes, there was a beginning. And, yes, God spoke into creation land, sea, birds, and animals and rolled up His sleeves to create man, but He did not have to create Jesus. He was there.

It makes me wonder – WHY? Why did Paul feel like the Colossians needed this reminder?

Welp, friends, probably, because they are like us. We can all use the reminder sometimes. Jesus existed before anything else existed. And, he exists still.

What do you need to understand about “in the beginning”? Do you need a reminder?