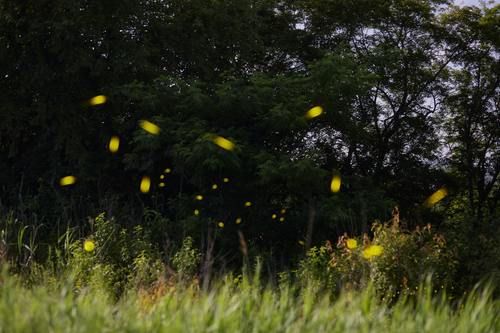 This week’s devotions focus on releasing our misplaced sources of hope.

When we were little and it was getting dark outside, my brother and I would often get two empty glass jars and run out back to catch some lightning bugs. Sometimes I liked to catch one in my hand, gently close both hands around it, and peek in an opening to watch the lightning bug light up the darkness. After a short time, I would release him to re-join his friends in the backyard sky.

When God reveals to us that we have placed our hope in lesser things and when he shows us precisely what those lesser things are, He then asks us to loosen our grip and release those things in order to place our hope where it belongs.

One reason we are reluctant to release that lesser thing is because it has become a stronghold – and by that I mean anything that has a strong hold on you… thus, stronghold. To get more of a visual of a stronghold, just imagine being chained to whatever that stronghold is in your life – you are a captive.

I have read that if you take a critical look at your emotions, you may find that the person or circumstance that causes your emotions to go from exuberantly happy to downright pitiful is the very thing in which you have mistakenly staked your hope – and the thing that is holding you captive.

That’s why it is so important to release that “lesser thing” – so that you can be free. It is for freedom that Christ has set us free. (Galatians 5:1) Jesus told us Himself, I have come that they may have life, and that they may have it more abundantly. (John 10:10)

Father, I don’t want anything or anyone to be a stronghold in my life. Please help me release from my heart those people or things that I am allowing to hold me captive, and help me claim the freedom that is mine in Christ. Amen.