The Illusion of Self-righteousness 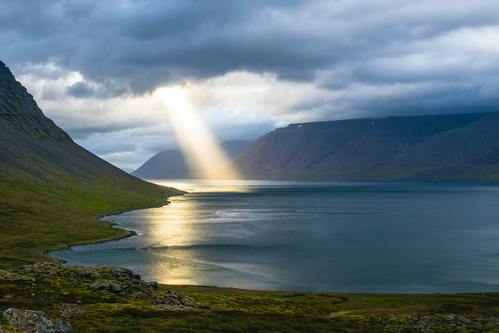 Brothers, my heart’s desire and prayer to God for the Israelites is that they may be saved. For I can testify about them that they are zealous for God, but their zeal is not based on knowledge. Since they did not know the righteousness that comes from God and sought to establish their own, they did not submit to God’s righteousness. (Romans 10:1-3)

Will you get to heaven when you die? If you’re like most people, you sure hope so but you may be uncertain about it. Furthermore, you may not think it’s even possible to know. That belief is often held because people hold onto an unbiblical view of what God requires from us. They believe God will make His decision at the end of their life by measuring their record of doing good alongside their record of doing bad to see if their good works outweigh their bad ones.

The view that our final destiny depends on what we deserve by how we have lived seems to make so much common sense that even members of Biblical churches find it hard to believe otherwise. In a 2020 survey of the State of Theology, one-fourth of evangelicals did not strongly believe that God counts a person as righteous not because of one’s works but only because of one’s faith in Jesus Christ.

Throughout the history of Christianity, there have been three basic views of the human condition. Pelagianism believes man has a neutral orientation toward sin and can freely choose to sin or not to sin. The Church declared this view to be a heresy. Semi-Pelagianism (Arminianism) acknowledges that man is a natural sinner and is sick unto death, but still has the ability to choose what’s good. This view is held by a majority of Christians today. Finally, Augustinism (Calvinism) affirms that man is a natural sinner and is unable to choose good unless God enables him to do so. This view was widely taught by the early reformers and is held by a minority of Christians today.

While the intramural debates continue within Christianity between Semi-Pelagians and the Augustinians, both sides generally agree that we have all sinned and are therefore separated from God until we place our faith in Jesus Christ. It’s when we place some of our faith in ourselves that we risk the fatal error of self-righteousness.

Jesus’ strongest accusations were aimed at the Pharisees, who appeared to have mastered self-righteousness. Jesus knew their lives looked good from the outside, but their hearts were not right with God. They trusted in themselves and the position they had achieved as evidence of their right standing before God. But they couldn’t be more wrong.