The Danger of Complacency 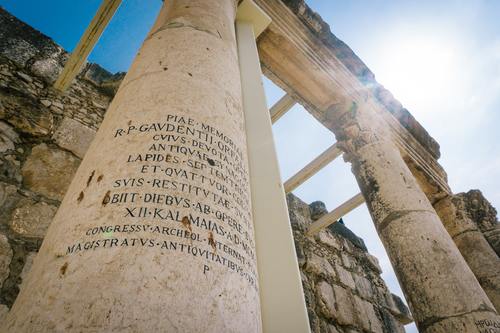 It would seem that if everyone did what was right in his own eyes, we would be living in a utopian society. But we have difficulty seeing beyond our own perceived self-interest. What may please me may destroy you and bring dishonor to God.

During the time of the judges of Israel, from about 1380-1050 B.C., Israel’s government consisted of a loose confederation of tribes gathered around their central place of worship. Since there was no king to rule over them, the people tended to rebel against God by worshiping false gods. They pursued their own self-interests. Time and time again, God would bring in foreign nations to oppress the Israelites as a form of punishment leading to national repentance.

The nation as a whole followed a cyclical pattern during these years before they had a human king. For a time, Israel would be obedient to the Law of God, but eventually evil would creep in and reach a point where God would permit an enemy to invade their land. Once the oppression by the enemy seemed unbearable, Israel would repent of their sin and cry out to God to save them. In response, God would appoint someone as their judge to lead them out of their trouble. Peace would then return and Israel would once again be obedient to the Law of God.

This cycle did not just happen once. It was repeated at least seven times in the book of Judges. And we should not think of Israel’s cyclical behavior as an aberration. This pattern illustrates the natural human condition. Before we become overly critical of Israel, let’s take a closer look at ourselves.

Before we came to know the Lord, we cared mostly about ourselves. But now, even as Christians who strive to please the Lord in the way we live, sin still remains in us and God has promised to discipline us because He loves us. Our fathers disciplined us for a little while as they thought best; but God disciplines us for our good, that we may share in his holiness. (Hebrews 12:10)

Unbelievers are alienated from God because of their willful stubbornness to acknowledge their sin against God. No one is immune to the pain of their conscience, which testifies to their own guilt. But with time, the heart can become hardened as the seriousness of sin is minimized. The sinner trains himself to rationalize his thoughts and behaviors rather than allow the pain of the conscience to drive him to despair over himself and the path leading to repentance.