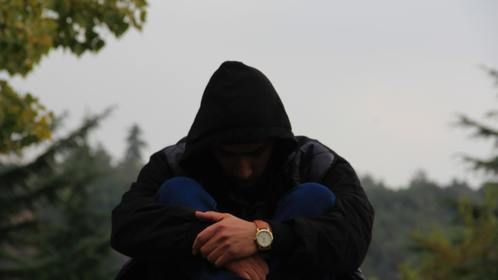 Upsets in sports are some of the most exciting events, as long as your team isn’t on the losing end. Notable upsets such as the US Olympic hockey team’s victory over Russia in 1980, the NY Giants defeating the undefeated Patriots in Super Bowl 42, and Buster Douglas knocking out Mike Tyson in 1990 all capture the imagination of sports fans. We are captivated as those with no chance continue working to overcome the odds stacked against them.

As Jesus began His story with the Pharisee and tax collector going to the temple, had He paused and asked, “Who do you think will leave with a right standing before God?” almost everyone would have said the Pharisee. Honestly, if the tax collector was able to vote I doubt he would have chosen himself. But the beauty of the God’s grace is how it flips our expectations upside down.

Two men went up into the temple to pray, one a Pharisee and the other a tax collector. The Pharisee, standing by himself, prayed thus: “God, I thank you that I am not like other men, extortioners, unjust, adulterers, or even like this tax collector. I fast twice a week; I give tithes of all that I get.” But the tax collector, standing far off, would not even lift up his eyes to heaven, but beat his breast, saying, “God, be merciful to me, a sinner!” I tell you, this man went down to his house justified, rather than the other. (Luke 18:10-14a)

As you listen to the prayers of the two men, you can feel the Pharisee’s arrogance. He looks at other sinners with disdain as if he is perfect. He is quick to boast in his own righteousness in contrast to this tax collector.

On the other hand, we can feel a sinner’s desperate cry in the tax collector’s prayer. Picture him bent over in humility, tears likely streaming down his face, shame drowning his soul as he simply pleads for mercy.

Yet Jesus’ judgment in verse 14, that this man (the tax collector) went down to his house justified, likely shocked His entire audience as if it was the upset of the century.

The grace of God shocks and destroys our systems of religious merit. God justifies (declares not guilty) sinners like the tax collector and me all because of His grace.

Each time I read this parable, my heart is filled with love for God. I recommend rereading this parable, then spending time meditating on the gospel of grace that is richly displayed. Repent if needed. Cry for mercy if needed. And in the end, let the love of Jesus be stirred in your heart.