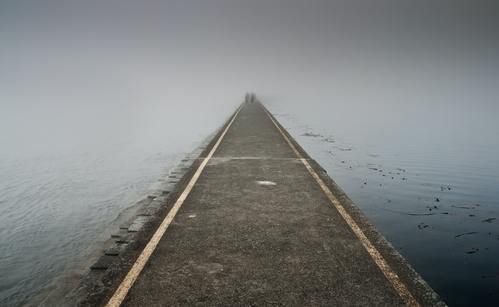 Imagine you are a helper in a preschool class, and you ask two kids to help clean up some building blocks.

One child is a sweet little girl with a clean dress and a gigantic hairbow that is installed so perfectly you suspect it was done with a carpenter’s level. The other is a rambunctious boy whose face has so many crumbs stuck to it that, given time, they could be reassembled into an entire graham cracker. The girl goes out of her way to make sure you see every block she cleans up, but the boy hurriedly kicks his toward the toy box. The girl sweetly says, “Did you see that I cleaned some blocks. Now don’t you want to work a puzzle with me?” The boy gruffly demands, “Work a puzzle with me!” Different approaches for sure, but they had one thing in common.

Both were only trying to manipulate you to get what they wanted.

In the parable of the Prodigal Son, the younger demands what he wants and runs off with it. When he returns, we learn that the obedient older brother resents that his father never threw him a party for doing everything the way he was supposed to. In The Prodigal God, Tim Keller says this of those of us who tend to be like the elder brother:

“The good life is lived not for delight in good deeds themselves, but as calculated ways to control their environment.”

Was the elder brother a better son by being more responsible, or was he just seeking the same outcome as his little brother through a different strategy?

According to Keller, Jesus is pointing out that both the irreligious and the rules-based religious are spiritually lost and need salvation. In reflecting on this parable in the past I have focused a lot on how the father ran out to meet the Prodigal Son upon his return. But he went out to somebody else, too.

“Then he became angry and didn’t want to go in. So his father came out and pleaded with him." (Luke 15:28 HCSB)

Are you like me and relate much more to the elder brother in this story? I have some good news. The Father is running out to meet us too.