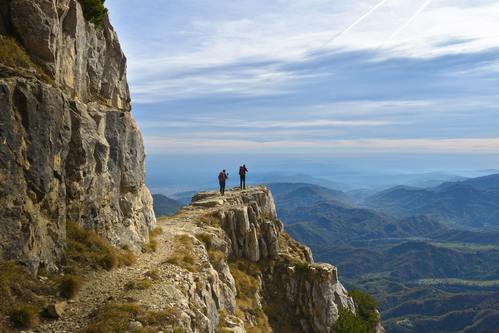 I’m a fan of the cliffhanger. I’m talking about suspense-filled storytelling in general and not the 1993 Sylvester Stallone film that routinely had Stallone wearing bicep-revealing shirts in a frigid mountainous environment. The campy old Batman television show often worked in two-episode arcs with a cliffhanger in the middle. The first episode would end with Batman and Robin in mild peril that nevertheless did not thwart their corny one-liners. You had to come back for the next episode to see whether Batman would work it out, which (spoiler alert) he always did and continues to do to this day, albeit in fancier outfits. But I digress.

Until I read Timothy Keller’s book, The Prodigal God, I hadn’t considered that the parable of the Prodigal Son ends with a cliffhanger. The younger son leaves, spends his inheritance, makes other bad decisions, and returns in humility. The father forgives him but alienates his other son in the process. This is how the story ends with the father addressing the elder brother:

“‘Son,’ he said to him, ‘you are always with me, and everything I have is yours. But we had to celebrate and rejoice, because this brother of yours was dead and is alive again; he was lost and is found.’” (Luke 15:31-32 HCSB)

I want to “tune in next week” to see how this cliffhanger turned out. Did the older brother come around to his father’s point of view? Did the brothers reconcile? We don’t know. But Keller argues that we can know, because the ending is up to us.

If we want to know how this cliffhanger is resolved, we need to ask ourselves a question. When somebody who has hurt or wronged us seeks forgiveness with humility, do we resent that they might “get off the hook” for what they did wrong? Or do we celebrate because as sinners forgiven by grace, we know better than anybody the power of forgiveness?