The Most Important Question of All 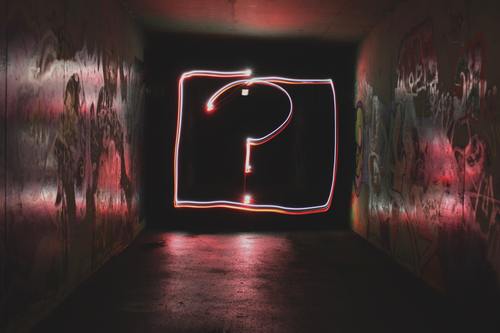 Who is Jesus? To Christians, the answer may be so obvious you might wonder why ask. But to the rest of the world, the answer is anything but simple.

The same was true during Jesus’ public ministry. When Jesus was finishing up His Galilean ministry, He was drawing large curious crowds wherever He went. They had little doubt that Jesus was wielding power that nobody else had ever done. He was performing miracles over disease, demons, nature, and even death. He fed thousands of people with the meager lunch of a young boy. He indeed created quite a stir among the people.

It was in this setting that Jesus posed a question to His disciples. He asked them, “Who do the crowds say I am?” They replied, “Some say John the Baptist; others say Elijah; and still others, that one of the prophets of long ago has come back to life.” (Luke 9:18b-19)

The crowds got it wrong. Jesus wasn’t just a prophet who came back to life; He was the promised Messiah. His identity hadn’t been a secret. It is impossible to read the historical narratives in the gospels without knowing for certain what Jesus and His contemporaries were saying publicly about Him.

C.S. Lewis wrote, “You must make your choice: either this man was, and is, the Son of God, or else a madman or something worse. You can shut him up for a fool, you can spit at him and kill him as a demon; or you can fall at his feet and call him Lord and God. But let us not come with any patronizing nonsense about his being a great human teacher. He has not left that open to us. He did not intend to.”

But if Jesus’ claims about Himself were so clear, how could the crowds believe otherwise? They considered the price of following Jesus was too high. They were unwillingly to admit their spiritual bankruptcy and they risked being excommunicated from the synagogue and being ostracized by their Jewish community. In other words, they did not believe because they would not believe. And so, God judicially hardened their hearts so they could not believe. (Read John 12:37-41)

However, Peter got it right when Jesus asked him, “… ’Who do you say I am?’ Peter answered, ‘The Christ of God.’” (Luke 9:20) Peter’s answer was the polar opposite of what the crowds were saying. Jesus’ true disciples believed this kind of truth because God had revealed it to them. (See Matthew 16:17)

What about you? Who do you say Christ is?  Your eternal destination depends on believing the right answer.