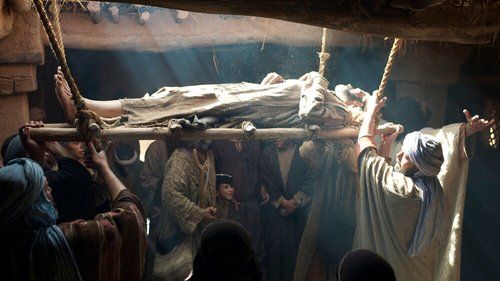 Our theme this week is “Jesus is forgiving.”

As a child of the 1970’s and a teen of the 1980’s, I have at most a passing awareness of the 1960’s. I also have a lot of photos of a young me wearing corduroy pants, which is related but not relevant. For most of my life I have been aware of a (maudlin, maybe even cheesy) song called “He Ain’t Heavy, He’s My Brother” by The Hollies in 1969. With apologies to The Hollies and any of you who are fans, I have never liked the song. But its message is interesting.

The idea is that a man is seen carrying another man, maybe sick or injured, and is asked if he is heavy. The first man declares “He ain’t heavy; he’s my brother.” Of course one’s brother can be heavy, but when carrying the burdens of someone you love, you’re less likely to worry about the weight.

I always assumed this was just a simple “hippie” message, akin to smiling on your brother, getting together, teaching the world to sing, and occasionally buying them a Coke and keeping them company. But that’s not where this concept arose.

There was a book published in 1884 (!) by James Wells called The Parables of Jesus. When discussing the parable of the lost sheep, he describes a hot and tired shepherd returning with the found sheep on his shoulders. Wells then says of the shepherd:

But he feels like that little girl carrying a big boy, who was asked if she were not tired, and replied in a tone of surprise, “No: he’s not heavy; he’s my brother.” The shepherd’s burden is his joy. What a value Christ sets on one soul when He does all that to bring it into His fold.

Luke, the gospel writer, describes some men carrying the weight of another:

Since they could not find a way to bring him in because of the crowd, they went up on the roof and lowered him on the mat through the roof tiles into the middle of the crowd before Jesus.
Seeing their faith He said, “Friend, your sins are forgiven you.” (Luke 5:19-20 HCSB)