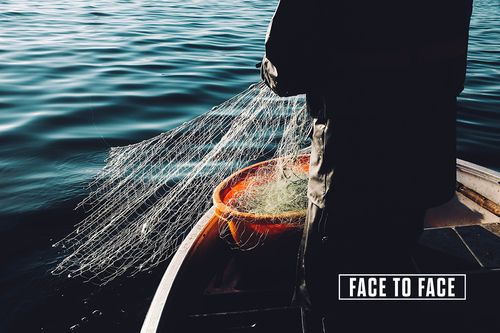 This week we will be hearing from five different writers – all who grew up at Immanuel and are now on staff here.

So many times, especially today, I feel as if people In our culture demand instant gratification. In recent years, what used to be our “wants” have now evolved into our “needs.” Whether it’s our first day back at the gym and we keep looking at our biceps after each curl waiting for them to get big. Or starting a new job and expecting a raise after the first day. No matter what the circumstance, we are looking to be instantly satisfied.

When we take a look at Luke 5:4-7, we find that the disciples were really discouraged, saying to Jesus, “Master, we’ve worked hard all night and haven’t caught anything.” Assuming that they had been out there for 10 hours or more with no fish in the nets, they were no doubt discouraged and probably thought that they had earned some fish. That may be exactly how daily life feels for many of you – needing and feeling like you have worked so hard only to reap no benefit from that hard work.

That’s when Jesus comes in, telling them, “Put out into the deep water, and let down the nets for a catch…” (Luke 5:4)  In their humanity, Jesus’ disciples questioned the rationale of His command to do the same thing they had been doing all night; but finally they submitted to what He had said. The result: they caught so many fish that their nets started to break!

It just goes to show that when we put our own energy and effort into instant satisfaction, we will probably never achieve it; but as soon as we allow Jesus into our lives and let Him control what we do, we can actually attain satisfaction that is not of this world. That is so much better than anything we are chasing in these earthly bodies.

Bryce is a senior at the University of Kentucky, studying digital media and design. He also works at IBC as Eric Gillaspie’s iKids Ministry Resident.
SUBSCRIBE TO RECEIVE DAILY DEVOTIONS