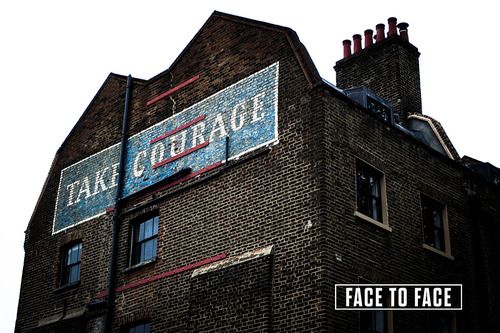 After spending some much needed time with my parents, the 2½-hour drive home felt lonely. I turned on the radio and heard a popular Christian speaker say, “Risk takers are excited about the future.” I could not get that phrase out of my head. I could not see beyond the circumstances of the times. I had lost focus of God’s promises and had no excitement for the future.

What about you?  Are you excited about the future?

The “risk taker” being referred to by the speaker was Caleb! Caleb only occupies 30 verses in the Bible, but he is an Old Testament hero who left a legacy of courage. Caleb was one of twelve men sent to spy out the Promised Land. Although ten of the spies gave a bad report upon their return, Caleb pleaded with the people, “Let us go up at once and take possession, for we are well able to overcome it.” (Numbers 13:30)

The Israelites defied God and incurred a terrible penalty. The ten spies who brought the evil report:  “died by the plague before the Lord.” (Numbers 14:37) All the others (except Caleb and Joshua) from twenty-years-old and above would know God’s rejection and die in the wilderness. God would bring their little ones in, and they would know the land that their parents had despised.

For years, Caleb had visions of the Promised Land flowing with milk and honey as he wandered through the wilderness! He was 85-years-old when he said, “…give me this mountain...” (Joshua 14:12) Hebron had been the ancestral home of Abraham, Isaac, and Jacob, but now it was inhabited by an evil tribe of huge warriors known as the descendants of Anak. What was it that gave Caleb the idea he could be a giant killer? Faith!

Six different times it says in the Old Testament that Caleb “wholly followed the Lord.” (Joshua 14:14)

Alan Carr, in his sermon notes titled “CALEB: The Gray-Haired Conqueror,” says that the phrase means, “To close the gap." “It is a phrase used by hunters to refer to their closing the gap between themselves and their prey. It refers to the fact that Caleb was committed to keeping the distance between himself and the Lord at a minimum.”

Lord, help us to be like Caleb and not like the other ten! Give us excitement over the victory that comes in slaying the giants of today! Amen.

Gloria and her husband, Steve, have been IBC members for years. They are empty nesters having fun getting reacquainted with country life and visits from their grandchildren, who call them G.G. and Papa.
SUBSCRIBE TO RECEIVE DAILY DEVOTIONS