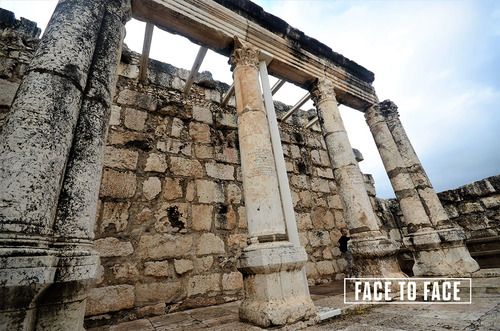 For the third test the Devil took him to Jerusalem and put him on top of the Temple. He said, “If you are God’s Son, jump. It’s written, isn’t it, that ‘he has placed you in the care of angels to protect you; they will catch you; you won’t so much as stub your toe on a stone’?”

There is one thing we can say about Satan: he’s persistent.

He went back to his tent and really pondered what to do next. Since giving Jesus authority and power didn’t work, Satan decided to work within the boundaries of where he felt safe.

It’s a powerful image seeing Jesus standing on top of the Temple. His father’s house was His safe space. Even at the age of 12, this is where Jesus felt at home. Home is where we feel the safest, are able to relax, and feel most like ourselves. Home is the place we let our defenses down. Let that sink in.

AAA reports reveal that “the most car accidents happen within five minutes or less of a driver's home. Approximately one-third of all car crashes occur between one and five miles of where the driver lives.” We get relaxed, and go into autopilot. And we miss things that will cause an accident and trip us up.

So, hoping Jesus’ defenses would be down, Satan looked at the Son of God and uttered, “Jump!  It’ll be ok. Angels will catch you… you rule them!”

I had a friend in high school with a heart of gold. He would do anything for anyone. One night during Bible study, he mentioned that he would occasionally pick up a hitchhiker. After we all caught our breath, we began questioning him. He summed it up with this statement: “I just know God will protect me.” Yes, it’s true that God is in the business of protecting His children, but our youth pastor quickly led us to this passage.

God loves His children. And, He does want to protect us; however, He also has given us boundaries and a brain to understand how to protect ourselves. We aren’t here to throw caution to the wind. As kids we are taught not to touch a hot stovetop. This isn’t about living in fear, but living in the knowledge of the One that wants His children safe.

Thank You, Lord, for Your protection and for giving us the wisdom to know when to protect ourselves. Amen.