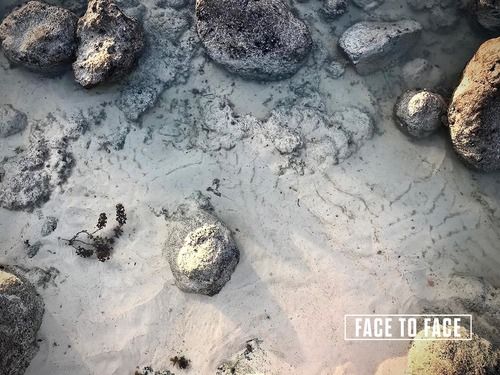 The devil said to him, “If you are the Son of God, tell this stone to become bread.”
Jesus answered, “It is written: ‘Man shall not live on bread alone.’” (Luke 4:3-4)

I love commercials. Well, marketing really. Good commercials convey a big message in usually less than 30 seconds. In these small blinks of time, they can stir emotions from tears to euphoria. They can trigger a childhood memory or cause us to laugh out loud. It’s a lot for an average of 15 seconds. But the great ones do it well.

The Snickers commercials are some of my recent favorites. One such in the series showed a group of male 20-somethings playing football. The camera pans over to Betty White on the field missing a pass. The players jump all over her for the miss and wonder why she isn’t playing up to her ability. Someone hands her a candy bar and says “here, eat this'' and she turns into a male 20-something like his cohorts. At the end the caption reads, “You aren’t you when you are hungry.”

I think I like it so much because it’s so true. At my house we call it HANGRY. A mix of hungry and angry is not a good combination. If you Google it (and why wouldn’t you?), you’ll find study after study of scientists understanding our body’s need for fuel not just for physical health, but mental health as well.

I don’t think it’s a coincidence that Satan used hunger as the first temptation. Hunger delays our ability to think and engage on a social and emotional level. This includes reading, language, attention, memory and problem-solving capabilities. Hunger hinders us from being able to focus; thus, good decision-making is an impossibility.

Satan’s first attempt on Jesus worked on His fully human side. His mind and body needed fuel in order to best use His full spiritual tank. Jesus could still be Jesus when He was hungry, but we cannot. When Jesus responded, He dealt with spiritual hunger. Our spiritual reserves must be filled constantly, so when we face a moment or season of temptation we have something to fuel our ability to ward off Satan’s tricks.

Lord, fill my spiritual tank with the wonderful bread only You can deliver. Amen.