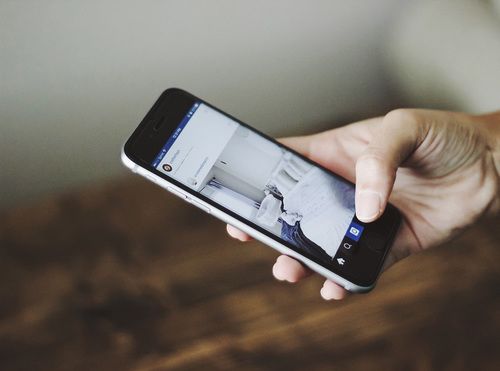 On January 9th, 2007, the Apple iPhone was introduced, and it changed our world – in some good ways and in some ways that are not so good.

1 – Information is quickly available at our fingertips – more information than we need to know – and more than is any of our business.
2 – Taking pictures no longer requires a separate camera – unless you’re a professional photographer. And -- you can be photographed or videoed anywhere!
3 - Chewing gum sales have plummeted, because what used to be an impulse buy in the checkout lane is no longer a temptation to someone scrolling through emails on their iPhone.
4 – Texting has become a quick means of communication – that way you don’t have to talk with anybody.
5 – Landlines are no longer necessary – unless you need one to locate your lost cell phone.
6 – Families no longer have to talk with each other - everyone can just piddle around and play games on their iPhones, and no one has to get into the messy business of being a family.

Yes, the iPhone has changed our world. Our great-grandparents would not believe how attached we are to this tiny device.

All that to say – there is something else – Someone else – who changed the world even more! And His name is Jesus.

1 – In a culture where women were considered “less than” men, Jesus treated women as equally valuable because they too were made in the image of God.
2 – In a culture where “human rights” was a strange concept, Jesus told everyone to love their neighbor. Not only that, He also told His listeners to love their enemies (Matthew 5:44). So basically He was telling us to love everyone!
3 - Jesus upended the “success model” – saying that he who is greatest among us is the one who serves.
4 – Jesus’ value system was not based on how much one had, but on how much one gave away. He taught us to be good stewards.
5 – Jesus’ words challenged not just the hearts, but also the minds, of His hearers – then and today.
6 – Jesus changed lives. People who had no hope found hope, people who thought they had no future found their purpose, people who had blown it found a second chance, people who thought they could never be forgiven found forgiveness in Christ.

Jesus did what no iPhone could ever do. He bridged the gap between sinful humanity and the perfect holiness of God by taking our sin upon Himself and being the perfect sacrifice for the sins of the world. Have you accepted His sacrifice and let Him bridge that gap for you?