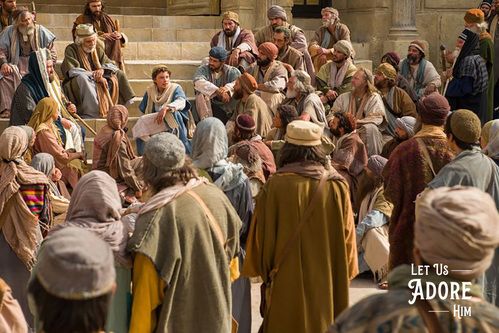 This week we’re finishing up 2020 and the “Let us Adore Him” sermon series.

Have you ever heard a parent say something like this? “Our school had parent-teacher conferences this week. Mrs. Jones said that Johnny is well-behaved and quiet and never has to be told twice to do something. I just looked at her and said, ‘Wait, are we talking about the same kid? Do you have me confused with another parent? That’s not how he acts at home!’”

I once had the opposite experience. I got a call from the school principal wanting to talk about something bad our son did. It was unexpected and shocking to me until the principal said something along the lines of, “… as we discussed after the last incident …” Because there had been no prior incident, I interrupted him and asked for clarification. Turns out he dialed the phone number one row above the one he intended to call - and because our son had the same first name as the troublemaker, neither of us realized the mistake immediately.

Parents of young children know more about their kids than anybody, so it can be a shock when others have different opinions about them. We expect others to think of our children the way we think about them. Luke chapter two tells of a man named Simeon who knew (from the Holy Spirit) of the Messiah’s coming, so he sought out the child Jesus and His family at the temple. Upon finding Him, he proclaimed to God that he had seen God’s salvation.

His father and mother were amazed at what was being said about Him. (Luke 2:33 HCSB)

Wait a second. Joseph and Mary were amazed at something being said about Jesus? Hadn’t they already experienced first-hand just how unique and special He was (and would be)? Why were they amazed by this?

I think there is an involuntary emotional response when a stranger reinforces something we already know about our children. If somebody I’ve never met walks up and tells me they encountered my child somehow at school or church and found them delightful, I’m not amazed by the facts, but might be amazed by how far and wide the facts have traveled.

If Mary and Joseph could be amazed by hearing about Jesus, how much more so could my friends and family be amazed by what is said about Him?

Or am I saying anything at all?