Now I Can Die in Peace 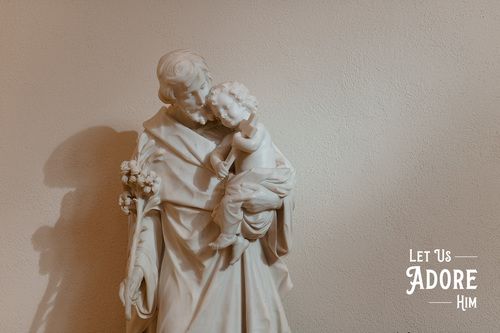 This week we’re finishing up 2020 and the “Let us Adore Him” sermon series.

In 2004 the Boston Red Sox won their first World Series since 1918. In 2016 the Chicago Cubs won their first World Series since 1908. Stories abounded about older fans who feared they might never see their beloved team win a title. They rejoiced that they got to see it happen, and some joked, “Now I can die in peace!” (At least I think they were joking).

Simeon was a righteous man in Jerusalem who had also been waiting expectantly for something; but he didn’t wonder if it would happen in his lifetime, because it had been promised. The Holy Spirit had revealed to him that he would not die until he had seen the Messiah. And here is how it happened:

Guided by the Spirit, he entered the temple complex. When the parents brought in the child Jesus to perform for Him what was customary under the law, Simeon took Him up in his arms, praised God, and said, “Now, Master, You can dismiss Your slave in peace, as You promised. For my eyes have seen Your salvation.” (Luke 2:27-30 HCSB)

What a remarkable moment. A faithful servant of God not only got to see the baby Jesus in person, but he also recognized who Jesus was and knew that He was the Messiah. He held Him in his arms and sincerely proclaimed, “Now I can die in peace.”

The temptation is for us to flippantly respond by saying, “We should all be so lucky.” But luck has nothing to do with it. I see two challenges for us in this moment. First, Simeon was afforded this opportunity because he was righteous and devout. Second, he followed the Spirit’s guidance and went to the temple.

God foretold many things to Joseph and Mary, but He never said, “There’s this cool old guy named Simeon. After you take Jesus to the temple, I need you to swing by his house because I promised him that in his lifetime, he’d see the Messiah.” That’s not how it worked.

God’s plan for Simeon to receive the promised blessing required Simeon to not only listen to the Holy Spirit, but also to act. This Christmas season let’s not make adoring Jesus a passive activity like looking at a Christmas tree or watching a favorite Christmas movie. Simeon took action to show his adoration.

What actions can we take to demonstrate to others our adoration of Jesus as we close out this Christmas season?