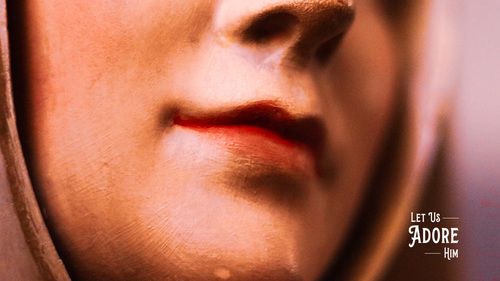 The angel Gabriel was sent by God … to a virgin betrothed to a man whose name was Joseph … The virgin’s name was Mary. And having come in, the angel said to her, “Rejoice, highly favored one, the Lord is with you; blessed are you among women!” (Luke 1:26-28)

We learn several things about Mary in this brief passage:

Today let’s look at the angel’s description of Mary as a “highly favored one.” Like many readers of the Luke passage, I used to think that God chose the godliest young woman on the planet to be the mother of His Son – that makes sense, doesn’t it? But actually, the angel Gabriel is not saying, “Mary, you’re God’s favorite, and that’s why He’s choosing you.” What the angel is saying is, “Mary, God is endowing you with all the grace you’ll need for what He is asking you to do.” It wasn’t about who Mary was or how good she was; it was all about what God would be doing in and through Mary. One Bible translation puts it this way, “Thou that art much graced.” And I think that helps us see that it was God’s grace, not Mary’s goodness (and I don’t doubt that Mary was a good young Jewish girl) that chose her to be the mother of the Son of God.

Lest you dismiss this as just a thought about a familiar Christmas passage, I’d like for you to think about this. On a much less grand scale, this is what God is saying to you, “( put your name here ), God is endowing you with all the grace you’ll need for what He is asking you to do.” We can work really hard to be as good as we can be, but it is God “gracing” us with His love, His forgiveness, His power, and His presence that enables us to be what He is choosing us to be. And, like Mary, you will be able to rejoice, knowing that God is with you and that you are blessed by His grace.