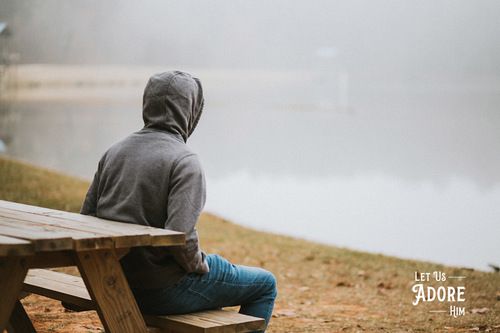 In the days of Herod, king of Judea, there was a priest named Zechariah, of the division of Abijah. And he had a wife from the daughters of Aaron, and her name was Elizabeth. And they were both righteous before God, walking blamelessly in all the commandments and statutes of the Lord. But they had no child, because Elizabeth was barren, and both were advanced in years. (Luke 1:5-7 ESV)

It had been 400 years since God had spoken from Heaven; not since Malachai had there been a prophet amongst the Hebrews. Generations have come and gone who have not known the voice of the prophets amongst God’s chosen people. Exiled in their own land – ruled by an Idumean who himself was a servant of the Romans - surrounded by a culture that no longer respected their God, their worship, or their traditions. The Children of Israel found themselves in the midst of a long, dark, silent night.

It is in this setting that Luke introduces us to an aged priest named Zechariah and his wife, Elizabeth. Luke describes them as righteous, walking blamelessly before God. That is to say they were not just conforming to the external rituals of the law, but they were following faithfully. It is one thing to live righteously when the world around us is falling apart and everything is okay at home, but this is not the case for Zechariah and Elizabeth.

Luke tells us that Elizabeth was barren, which was viewed as a reproach amongst the Israelites. Zechariah and Elizabeth had doubtless prayed for a child, specifically for a son, yet they were now advanced in years and that prayer had gone unanswered. Yet, they were found faithful.

This is a lesson we cannot afford to miss. When the world around us is falling apart; when the culture is running away from God at an ever-increasing pace; when life takes the unexpected/unwanted turn; when God is silent; our calling remains the same. Our calling as followers of Jesus is to be whole-hearted, faithful disciples in spite of the circumstances in our lives and our society.