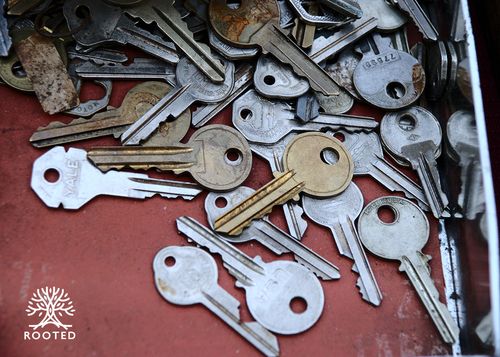 When a dishonest employee is fired from a job, they are required to hand over the keys to the building (and the executive suite, perhaps) and immediately escorted from the premises -- with a box of their personal belongings in hand. And for good reason! The employer doesn’t want the employee to do more harm.

In our parable this week, the rich man apparently did not promptly get rid of the dishonest employee – that employee continued to do harm. We find that the fired employee went to the customers of the rich man; and on their accounts, he had them lower the amount they owed the rich man – sometimes down to half as much as was owed. The guy was buying friendships so that later they would feel obligated to help him!

But the most surprising thing is the response of the rich man when he learned what his soon-to-be-gone employee had done.

“’The master praised the unrighteous manager because he had acted shrewdly. For the children of this age are more shrewd than the children of light in dealing with their own people.”’ (Luke 16:8)

What? When I read those words, I immediately started checking out that verse in different Bible translations – surely that was a misprint! But it wasn’t a misprint or typo.

The business owner was praising his former employee, not for being a cheat or for being wasteful, but because he had shrewdly worked the situation to his own advantage. And because the debtors were now obligated to him, he had secured his future – shrewd move!

The master went on to say that sinners (“children of this age”) seem to be more shrewd and crafty in dealing with the people of the world than believers (“children of light”). Before you get all sensitive about that, give it some thought. As a believer, I would be insulted if someone said I was sneaky and sly in my dealings. As an unbeliever, I might take it as a compliment.

The guy in our parable was intentional in planning for his earthly future – buying friends that would be obligated to pay him back – having no remorse for his dishonesty toward his former employer. If someone who is actually doing something wrong can be so intentional about his earthly future, how much more should we be equally intentional (shrewd, if you please) about our eternal future?

Father, every day we, like the dishonest employee, have the opportunity to make wise investments – investments in friendships, investments of our time, talents, and finances. Help us to be intentional, wise, and creative in investing our focus and our resources in those things that are eternal. Amen.