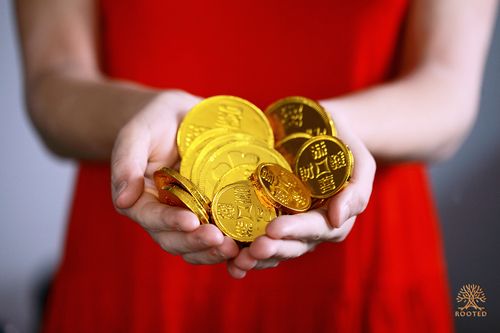 During the three years of His earthly ministry, Jesus told many parables, about a third of which addressed the issue of money. Let’s listen in on one that has some unexpected twists and turns:

“There was a certain rich man who had a steward, and an accusation was brought to him that this man was wasting his goods. So he called him and said to him, ‘What is this I hear about you? Give me an account of your stewardship, for you can no longer be steward.’” (Luke 16:1-2)

The steward in this parable was like a modern-day CFO, Chief Financial Officer. Unlike a servant’s relationship with his master, the steward (or CFO) operated independently, but was ultimately accountable to the owner of the business. This would be a position that implied great trust, since the owner would often be out of town on business and would not be micro-managing the work of the steward – assuming the steward would do his work well and be trustworthy.

The steward in our story was cheating his boss, handling money dishonestly – got caught – and was fired. I think we can assume that he valued money more than he valued the privilege of being the steward for the rich man. Making money was his “number one” – and he didn’t care whether or not he made it honestly.

Since Jesus’ parables were told to point out a heavenly truth by telling a simple earthly story, let’s see what we can squeeze out of this one. The one point I want you to grasp from today is that, like the steward in our parable, we too are accountable. There will be a time when God will have us account for our stewardship while we were living on His planet.

Our Christian stewardship begins in the heart and mind as we recognize that everything we have and everything we are able to earn is because of God.

“Remember that the Lord your God gives you the power to gain wealth.” (Deuteronomy 8:18)

Father, thank You for giving us the mind and the ability to work and earn a living. Thank You for designing us with a purpose – to glorify You in the way we do our work and the way we use our resources. Help others see in us the joy of honest work and the joy of being a steward of whatever You allow to pass through our hands. Amen.