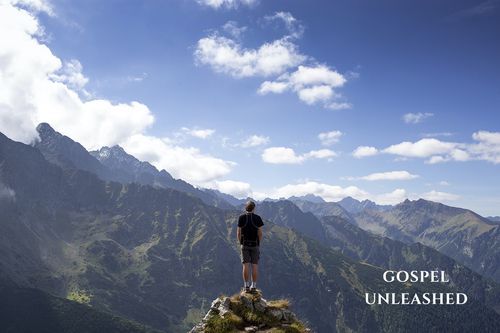 When I was a young runner, I bought a decorative license plate featuring a cartoon of an old hound dog lying on a front porch. Along with the image was this helpful and condescending advice:

“If you can’t run with the big dogs stay on the porch.”

I knew it was silly even back then, but I liked the implication that I must be a “big dog” if I was bold enough to display such a message. Now I know that a truly big dog would have no need for such a sign.

A similar notion is that “If you can’t stand the heat, stay out of the kitchen.” The idea behind both phrases is that if you’re not up to the challenge, you should just give up and defer to those more capable. I think this is bad advice for a couple reasons.

First, taking on challenges is how we learn. You can’t run with the big dogs until you’ve tried and failed a few times. You won’t perfect Grandma’s biscuit recipe until you’ve burned a few. Don’t be so afraid to fail that you never try.

But second, and more importantly, we don’t face our challenges alone.

…So Shadrach, Meshach and Abednego came out of the fire, and the satraps, prefects, governors and royal advisers crowded around them. They saw that the fire had not harmed their bodies, nor was a hair of their heads singed; their robes were not scorched, and there was no smell of fire on them.

Then Nebuchadnezzar said, “Praise be to the God of Shadrach, Meshach and Abednego, who has sent his angel and rescued his servants! They trusted in him and defied the king’s command and were willing to give up their lives rather than serve or worship any god except their own God. (Daniel 3:26-28)

I love the detail that these guys didn’t even smell of fire. Most of the time when we fail in a “hot kitchen” situation, we don’t come out unscathed; and we might even smell like a burned biscuit.

What is the biggest challenge you face today? Maybe it’s a direct challenge to the core of your faith like that faced by Shadrach, Meshach, and Abednego. Maybe it’s a health, family, or career issue.

You can stand the heat. You can run with the big dogs. God is with you. Put your hope in Him.