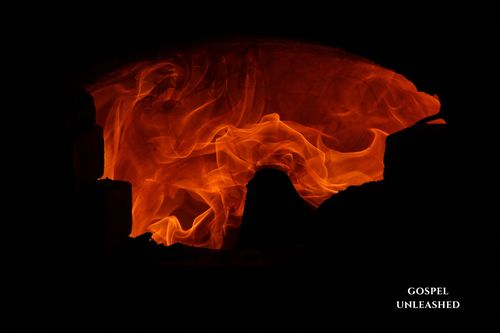 This week our theme is Gospel Hope and our passage is Daniel chapter 3. Let’s start with a general overview of the chapter and then we’ll look at some details later.

King Nebuchadnezzar was a leader with a clear and simple plan: build a giant statue and decree that anytime people hear all kinds of music (including a zither!) they must fall and worship the statue.

(My high school band was known for its outstanding zither section. They could zith like nobody’s business. I am kidding).

King Nebuchadnezzar’s decree had a strong incentive for compliance. Worship the statue, or be thrown into a furnace and die. It was brought to the King’s attention that three Jewish men serving in his administration in Babylon were not worshiping the statue. The King angrily summoned these men and reminded them that they needed to worship the statue or be thrown into the furnace to die.

The men were unfazed. They told the King they’d only worship God, who could save them from the furnace if He wanted to; but even if He didn’t, they would not bow to the King’s statue. It was a remarkable demonstration of their faith, even if the story ended there.

The King heated up the furnace extra hot and had the three men thrown in. Then this happened:

Then King Nebuchadnezzar leaped to his feet in amazement and asked his advisers, “Weren’t there three men that we tied up and threw into the fire?”

They replied, “Certainly, Your Majesty.”

He said, “Look! I see four men walking around in the fire, unbound and unharmed, and the fourth looks like a son of the gods.” (Daniel 3:24-25)

All their hope was in Him and they knew He would be with them, no matter the outcome. Our challenges today likely won’t be so dramatic, but will we demonstrate the same hope?