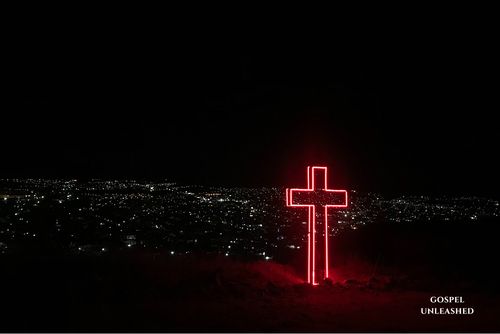 Many ancient cultures lived in a polytheistic society -- and some still do today. Polytheism is the worship of more than one god. The average person living in the ancient cities surrounding Israel was in a state of constant fear when it came to the gods. If your crops failed, your livestock died, someone passed away, or you got sick, it must have been because of some known or unknown sin committed against a potential number of known or unknown gods. Along with your unknown sins, one of those many gods may just decide they don’t like you anymore. This led people to make all kinds of vows and sacrifices in hopes of a better life or to at least fly under the radar, all while not knowing if any of it would work.

Here is a line from a prayer that was used in ancient Assyria and Babylon to pray at the temples when you didn’t know which god you had upset:

“How long, known and unknown god, until the anger of thy heart be pacified?” - ‘Penitential Prayer to Every God’ from 7 B.C. in Assyrian and Babylonian Literature, translated by R. F. Harper

Thankfully, Israel’s God was different. Firstly, He demanded allegiance to only Himself (Exodus 20:3). Secondly, He laid out His instructions for Israel to see, and they agreed to them (Exodus 24). Finally, unlike the ever-changing gods of their neighbors, He is consistent. He told them to rely on His love and protection and what to do if they messed up. He also laid out what would happen if they did follow other gods. He took out all the guesswork. Israel was reminded of this as they traveled through the wilderness.

“Jesus Christ is the same yesterday, today, and forever.” (Hebrews 13:8)

Take some time today and reflect on what it means to not have to worry about what god you may have offended and that you know what to do when you mess up. Thank God for His consistency and His willingness to listen to our prayers for forgiveness. Psalm 97 and Psalm 135 reflect this theme. Meditate on these Scriptures throughout your day.

Lee and his wife, Tess, are members at our Armstrong Mill Campus. They have 2 children and another on the way! Lee and his wife both love board games, good movies, and above all Jesus.
SUBSCRIBE TO RECEIVE DAILY DEVOTIONS