The Power of Forgiveness Experienced 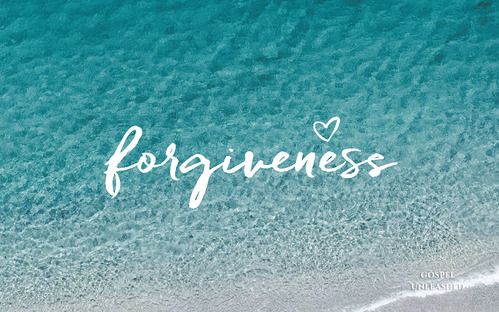 “Then the master called the servant in. ‘You wicked servant,’ he said, ‘I canceled all that debt of yours because you begged me to. Shouldn’t you have had mercy on your fellow servant just as I had on you?’” (Matthew 18:32-33)

As sinners saved by the grace of God, we are called to “pay it forward.” In the movie, Pay it Forward, a young Trevor is given an intriguing school assignment to think of a way to change the world and put it into action. Trevor’s idea was to pay a favor not back, but forward to three new people. In the end, his idea brought a revolution to an increasingly larger circle of people completely unknown to him.

In a similar way, God expects His people to treat each other with the same kind of forgiveness and love they have experienced from His mercy and grace. We are to pay His love forward. Rick Warren has said, “And you know, when you’ve experienced grace and you feel you’ve been forgiven, you’re a lot more forgiving of other people. You’re a lot more gracious to others.”

The other servants in the parable were outraged and reported everything to the master when they saw how this unmerciful servant had treated his fellow servant. After all, he had been forgiven such an enormous debt, and yet he was unwilling to “pay forward” the slightest mercy for a relatively small debt that was owed to him. Should the master allow this behavior to go unpunished?

The unmerciful servant may represent unsaved people who merely profess to have faith. They may have assented to forgiveness in their mind but never truly experienced the “washing away of sins” from the heart, which can only come by means of the new birth wrought by the Holy Spirit. Since they never experienced forgiveness in the first place, they are unlikely to extend genuine forgiveness to others.

Faithful servants are called to be merciful—to be good stewards of God’s grace. We should be the most forgiving people on earth. We are like beggars trying to tell other beggars where to find bread. “When we stray from His presence,” according to Charles Stanley, “He longs for you to come back. He weeps that you are missing out on His love, protection and provision. He throws His arms open, runs toward you, gathers you up, and welcomes you home.”

If the words to the hymn, Amazing Grace, are hollow words to you that leave you with little gratitude, your greatest need may be to place all your trust in the person and work of Jesus Christ alone for the forgiveness of sins.