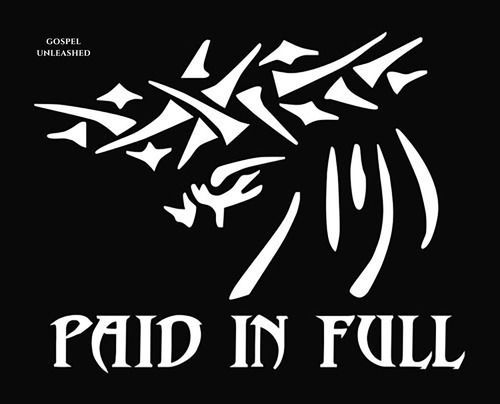 “Therefore, the kingdom of heaven is like a king who wanted to settle accounts with his servants. As he began the settlement, a man who owed him ten thousand bags of gold was brought to him. Since he was not able to pay, the master ordered that he and his wife and his children and all that he had be sold to repay the debt. The servant fell on his knees before him. ‘Be patient with me,’ he begged, ‘and I will pay back everything.’  The servant’s master took pity on him, canceled the debt and let him go.” (Matthew 18:23-27 NIV)

In the parable of the unmerciful servant, the servant owed his king an enormous sum of money that no one could ever be expected to repay. Just like this servant we, too, have stored up for ourselves an insurmountable moral debt that we can never repay, and yet we are accountable to God for repaying it. Even just one sin is the equivalent of committing cosmic treason against our Creator who demands perfect holiness from us. And yet, think about how many sins you have committed over your lifetime, which are worthy of condemnation by God, who is the perfect Judge.

When an unsaved person thinks about ultimately facing a sovereign and just God who is perfect in holiness, knowledge, and power, and who holds everyone accountable for their lives, he has a choice to make. He may deny God’s existence, deny that He can be known, alter His characteristics to be more pleasing, or suppress what he knows to be true. The natural man wants nothing to do with the Biblical God, so he pushes Him out of his thinking and replaces the truth with a lie he can live with. (Read Romans 3:10-18.)

Until we believe in Jesus Christ alone for our salvation, the Bible is clear that “Like the rest, we were by nature objects [children] of wrath.” Paul continues, “But because of his great love for us, God, who is rich in mercy, made us alive with Christ even when we were dead in transgressions—it is by grace you have been saved.” (Ephesians 2:3b-5)

The king knew the servant could never repay the debt he owed even though he promised to pay it all back. So, the king had mercy on him and forgave him of the entire debt. Likewise, God took pity on sinful man and made it possible to have our sin forgiven by the work of someone other than us—by His only Son.

What was impossible for us to do for ourselves, God lovingly did for all who trust in Christ.