Salvation for the Chief of Sinners 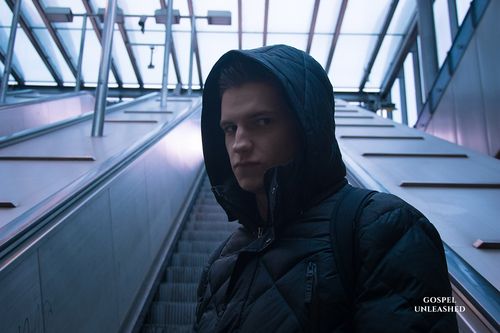 Do you ever read the Bible and think, “I would not want to be in their shoes.” Take David, for example, on his way to fight Goliath. I’m not a wimp, but I can also admit I would have probably been with the cowering Israelites. Or what about Gideon when God sends him to battle a large army, yet Gideon’s army is reduced to 300 men with trumpets? No thanks.

Or what about Ananias? He is someone you may not be as familiar with so let’s meet him in Acts 9, right after Saul is blinded and led into Damascus:

”Now there was a disciple at Damascus named Ananias. The Lord said to him in a vision, ‘Ananias.’ And he said, ‘Here I am, Lord.’ And the Lord said to him, ‘Rise and go to the street called Straight, and at the house of Judas look for a man of Tarsus named Saul, for behold, he is praying, and he has seen in a vision a man named Ananias come in and lay his hands on him so that he might regain his sight.’ But Ananias answered, ‘Lord, I have heard from many about this man, how much evil he has done to your saints at Jerusalem.’” (Acts 9:10-13)

Can we all be honest and admit we would respond in a similar way? Ananias and his friends had likely been thinking how they could avoid Saul; now God is telling him to seek him out.

As we think about this, the point I want us to get is not necessarily Ananias’s faithful obedience for a hard task. No, the point this makes is how bad Saul really was. As we read our Bibles we know he becomes a hero through the book of Acts and writes most of the New Testament. But he was a murderous, bullying, persecutor of the church before he met Jesus. He later says this about himself: “I was a blasphemer, persecutor, and insolent opponent.” (1 Timothy 1:13)

So how is this good news? Saul is a clear example of the power of God’s grace to forgive the greatest sins and accept the greatest sinners. You, Saul, and I cannot out-sin God’s mercy. Saul says it this way, “The saying is trustworthy and deserving of full acceptance, that Christ Jesus came into the world to save sinners, of whom I am the foremost.” (1 Timothy 1:15)

So if you think your sins are too great for God, I invite you to know the power of the gospel to forgive even the greatest of sins. The gospel leads us to confession and reconciliation to God (1 John 1:9). Will you do that today?

Philip and his wife, Stacy, have been attending Immanuel since 2015. They are blessed to be raising four kids.
SUBSCRIBE TO RECEIVE DAILY DEVOTIONS