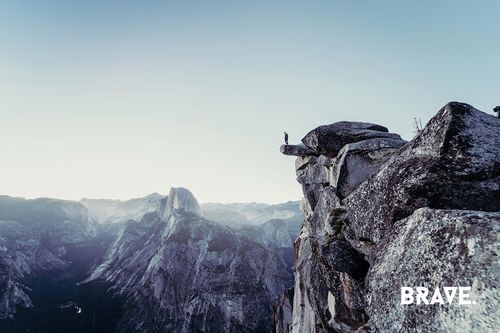 On the first day of a new job, I was told not to eat in the cafeteria. Since I had not brought my lunch, I didn’t think I had a choice; so I ate in the cafeteria. I spent the entire afternoon getting sick in trashcans – with my co-workers replacing them every hour, as needed. Embarrassing? Humiliating? Well, of course! I wanted to crawl in a hole and die of embarrassment. My act of bravery that week was going back to work the next day -- even my co-workers were surprised that I came back!

Now let’s fast forward to the 21st century. Here are some questions for today:


We can imagine that there was a part of Mordecai that wanted to protect his young relative from the danger she could face; but I believe there was an even bigger part of him that remembered he had trained her to be brave perhaps “for such a time as this.”

But there was another reason that Mordecai could confidently challenge Esther to be brave – a reason that can be summed up in five words: the invisible hand of God.

The lyrics from the Christian song, “Waymaker,” spell it out for us:

Because we know that God is always working in and through us whether we see His hand or not, we can be brave, we can be courageous.

Sometimes bravery might be saving someone from a burning building or standing up for what is right. But sometimes bravery is just showing up for another day. Ask God to show you when and how to be brave today.

“To the King of ages, immortal, invisible, the only God, be honor and glory forever and ever. Amen.” (1 Timothy 1:7)