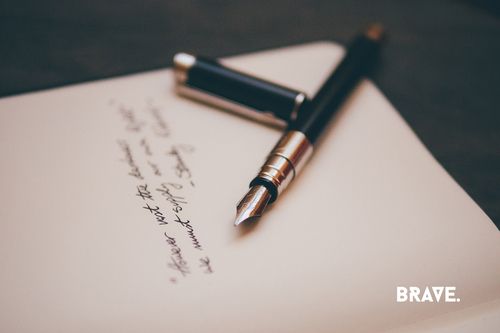 When I was in elementary school, I had pen pals from all over the country – other little girls that I wrote almost every week – about 40 of them! My favorite gifts to receive at that time were stationery and stamps. Since all these were handwritten notes (no computers back then), often after I wrote something and signed my name, I’d think of something else I needed to write; so I would add a P.S. (postscript) at the end of my letter – and I considered the P.S. to be a very important addition.

I believe that’s what happened with the book of Esther. Chapter 10 of this dramatic book just might be the P.S – and a very important addition. Let’s take a look at part of it:

“And all his [referring to King Ahasuerus] acts of power and might, together with a full account of the greatness of Mordecai to which the king had raised him, are they not written in the book of the annals of the kings of Media and Persia?” (Esther 10:2)

Why do you think the author is writing this? Do you think perhaps there was a concern that someone might read the story and doubt the veracity of it? The author of the book of Esther perhaps realizes that there will be people who read the book and have a hard time wrapping their minds around the facts of the story. Perhaps the author is saying, “Hey, if you don’t believe ME, read the history books!”

But even more important is the proof of God’s Word, not externally, but internally, in the hearts and lives of believers. The author of Hebrews explains it this way:

“For the word of God is living and powerful, and sharper than any two-edged sword … and is a discerner of the thoughts and intents of the heart.” (Hebrews 4:12)

As you have heard Esther’s story over the past several weeks, have you seen how “alive” this book still is today – even though it was written around the 4th century B.C.?  Have you learned some new lessons from this old book – some new ways you want to live your life more courageously and more obediently?