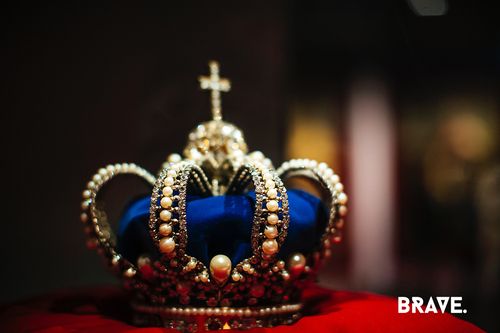 The first decree, crafted by Haman and sealed with the king’s ring, carried the authority of the king and could not be revoked or altered. The only way to protect the Jews from the evil that Haman had set in motion would be another degree that made it difficult, if not impossible, to carry out the first decree.

“And he [Mordecai] wrote in the name of King Ahasuerus and sealed it with the king's signet ring. Then he sent the letters by mounted couriers riding on swift horses that were used in the king's service, bred from the royal stud, saying that the king allowed the Jews who were in every city to gather and defend their lives, to destroy, to kill, and to annihilate any armed force of any people or province that might attack them, children and women included, and to plunder their goods.” (Esther 8:10-11 ESV)

Mordecai’s decree allowed the Jews to defend themselves against those who were attempting to carry out Haman’s decree. This new decree was sealed with the king’s signet ring and distributed to every corner of the Persian Empire. The governors and other officials of the kingdom sided with the Jews, in response to this new decree issued with the king’s authority. The Jews were able, with the support of the kingdom, to defeat the evil of the first decree.

The story of these competing decrees of death and life draws our attention to two other decrees that apply to all of us. The first decree is one of death and judgment for sin. The only way to escape the penalty of this decree is absolute righteousness. This first decree still stands; it hasn’t been revoked or modified. The problem for us is that none of us can meet the demands of the first decree.

But thanks be to God, there was a new decree given -- a decree of grace and life, anchored in the redemptive work of Christ.

“But when the fullness of time had come, God sent forth his Son, born of woman, born under the law, to redeem those who were under the law, so that we might receive adoption as sons.” (Galatians 4:4-5 ESV)

In that moment when we respond in faith to the redemptive work of the Lord Jesus, the only One who could meet the first decree’s requirement for absolute righteousness, we are freed from the penalty of the first decree, adopted into His family, and receive the reward of eternal life in the decree of His grace.

“How deep the Father's love for us
how vast beyond all measure
that He should give His only Son,
to make a wretch His treasure”

Jesse and his wife, Melanie, reside in Lexington, along with their son, Zak.