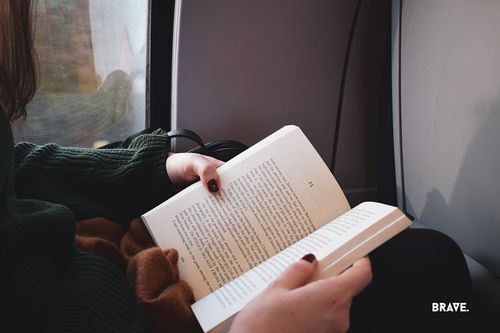 I made a mistake the other night. Midway through the second book in a trilogy, I read the last chapter. The cliffhanger from the first book was great, and I was simply curious.

Big mistake. The cliffhanger from the second book was so great that I immediately started on the third book and read more than 70 pages.

I also have read the end of THE BOOK. I know the ending. God will establish his Kingdom on a new heaven and a new earth. Everyone will acknowledge Jesus.

The enemy has read all the way to the end of the book too. Despite the fact that he knows he will lose the war, he tries to win as many battles as possible.

In Esther, he used Haman to destroy the Jews. Haman was especially determined to defeat Mordecai. So much so that he had a 50-cubit pole built on which to impale him. However, just as he approached the king with this request, he was forced to lead Mordecai on a parade of honor through the city.

He came home and shared his grief with his wife and friends (the Bible literally says that it grieved him)!

“His advisers and his wife Zeresh said to him, ‘Since Mordecai, before whom your downfall has started, is of Jewish origin, you cannot stand against him -- you will surely come to ruin.’” (Esther 6:13)

The very people who advised him to build the impaling pole now advised him that there was no way he could win against one of God’s people.

Paul explains, “And we know that in all things God works for the good of those who love him, who have been called according to his purpose… What, then, shall we say in response to these things?  If God is for us, who can be against us?”(Romans 8: 28,31)

If you aren’t fighting a battle today, there’s a good chance that you will fight one soon.
Take heart, child of God, “in all these things we are more than conquerors through him who loved us.” (Romans 8:37)