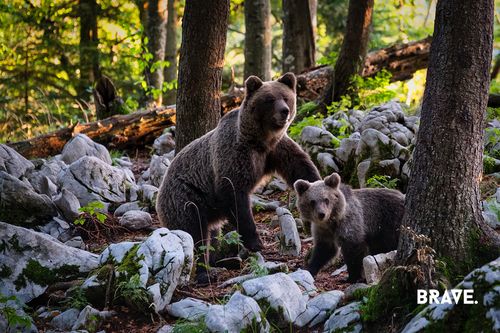 One of the best-known rules of nature is that you don’t mess with a mama bear’s cubs, a goose’s goslings, or a mama’s kids. You don’t want to face a mama’s wrath. This wrath can extend to everyone in a woman’s family.

Perhaps this is the reason Haman’s wife, Zeresh, was so angry at Mordecai for sitting at the king’s gate and told her husband to “Have a pole set up, reaching to a height of fifty cubits, and ask the king in the morning to have Mordecai impaled on it. Then go with the king to the banquet and enjoy yourself.” (Esther 5:14)

Later that same night, King Xerxes had a hard time sleeping. So, he thought he would read through the chronicles of his reign -- perhaps he wanted to get caught up on work, or maybe he thought it would put him to sleep.

While reading the record, Xerxes realizes that he had not recognized Mordecai for saving his life. When Haman enters the court planning to ask if he can impale Mordecai, the conversation takes a different direction as they discuss what the king should do to honor someone.

Was it a coincidence that Xerxes couldn’t sleep, decided to read through the chronicles of his reign and was brought the very chronicle that described the heroic actions of Mordecai – right after Haman had built a pole on which to impale Mordecai and was on his way to ask permission to do it?

You see, Mordecai served the God of Israel. And this God is always at work. The Psalmist explains the help God offers his people:

This same God, who wouldn’t let the king sleep, wakes people up in the middle of the night to pray for the son of missionaries lost in a snowstorm in Moscow.

The same God, who directed the servant to select the very chronicle of Xerxes’ reign that brought honor to Mordecai, is the same God who leads us to read the exact scripture that meets our need.

Our Papa never slumbers or sleeps. He always watches over you.

Today, place your faith in Him. The maker of heaven and earth wants you to ask Him for help. Take Him up on His offer.