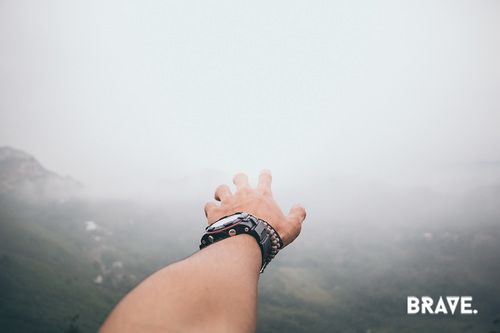 This week we’re talking about where we get our strength.

The delightful family moment played out in front of me just as I turned a corner while walking in my neighborhood. A little boy, maybe five years old, was pedaling his bike on the sidewalk slowly while his dad walked and jogged alongside with his hand steadying the bike by holding the back of the seat. Slowly they picked up speed and the dad let go of the seat for a split second, and then for whole seconds, and then stopped short of putting his hand back at all. The boy was riding all by himself, albeit still a bit wobbly, and the dad, still running, spontaneously raised both arms in triumph. As the boy pedaled by the next house, I spotted the boy’s mother in the yard, joyfully jumping up and down and clapping, and I got a little teary-eyed.

I have watched several kids learn to ride bicycles and personally trained two of them myself. (Bonus tip for young parents: focus on coasting down a gentle slope before worrying about pedaling.) My suspicion is that for many kids, they only have the confidence to first ride on their own because they think that a parent is still able to catch them after the point where they can no longer do so.

Check out this verse:

“The Lord will give you meager bread and water during oppression, but your Teacher will not hide Himself any longer…Your eyes will see your Teacher, and whenever you turn to the right or to the left, your ears will hear this command behind you: ‘This is the way. Walk in it.’” (Isaiah 30:20-21 HCSB)

The boy I watched was fully riding a bike on his own well before realizing that his father had let go. I mistakenly do the opposite with my faith.

Too often I don’t recognize that the Holy Spirit is right here to keep me from getting wobbly. Instead of trying to fiercely and independently pedal on my own, maybe down the wrong street entirely, I need to listen to His guidance and allow His steadying hand to keep me upright.

The next time you go wobbly, don’t lean away from Him and crash. Lean toward Him. He’s right there.