Bravery In The Silence 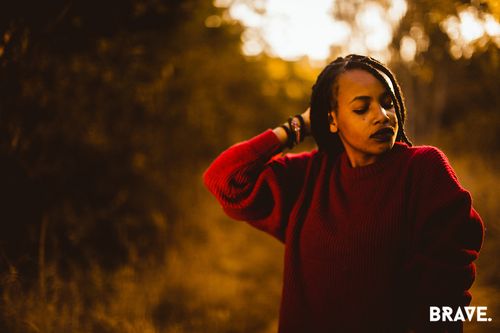 The Bible tells of lions’ dens and fiery furnaces, and the reader readily identifies the hand of God at work. However, He is not mentioned in the book of Esther – not in prophetic dreams or miraculous signs. I consider the textual absence of God to share a similar tune of what you and I experience today. Through Esther’s story, we solidify that God’s silence does not equate to the absence of His sovereignty.

Esther spends three days fasting prior to approaching the king in chapter 5. She was not insusceptible to the temptations of Satan; therefore, we can be sure he sent cascading doubts and alternative methods of self-preservation to her mind during those 72 hours. (When I sit alone mulling and praying over a big decision, unwelcome thoughts not only creep in, but also historically hurl themselves at me.)

As the 5th chapter of Esther unfolds, King Xerxes grants his queen the golden scepter and therefore her life; “What is it, Queen Esther?  What is your request?” (v. 3) I wonder if it is fear or tact that motivates Esther’s next move. As an audience member, I am eager for Haman’s sinister intentions to be brought to light. Instead, she waits. Esther invites the king and his advisor to a series of two feasts, nurturing Haman’s belief of superiority, poetic irony for the downfall awaiting him in several chapters.

Some consider Esther’s choice to keep her ethnicity hidden from the king to be morally ambiguous. Regardless, God’s providence is apparent as events unfold for Esther and her people. Haman, albeit the villain of our story, reveals qualities all too familiar to sinful-natured souls prior to salvation. A miserable man, he played the role of his own god, chasing glory and position, all whilst the opinions of man built or destroyed his identity. While he pursues his own will, Esther surrenders hers to bear the weight of a much greater cause. “If I perish, I perish,” she relays to Mordecai in chapter 4.  By making a brave choice, which outwardly contradicts expectations, she intimately intertwines with the heart of God. She can go a distance mankind cannot go alone.

Beloved, you are not unheard or forgotten. Perhaps you are anticipating a momentous move from God, yet instead you sit in silence. God is with us in the waiting.

Beloved, you are not unworthy or alone. Perhaps you are building a fractured identity based on the opinions of others. God crafted us in His own image and sent His son to pick up our broken pieces.

Sometimes our bravest choice looks like waiting. Sometimes it looks like surrender. Though like Esther, when our will becomes intertwined with the heart of God, we can go immeasurably further than on our own.