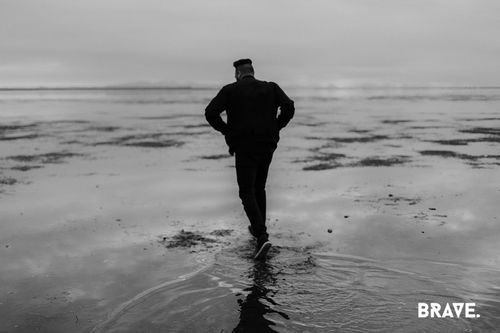 Finding bravery in the midst of fear is powerful, perhaps even poetic, on the page. Scripture shares numerous stories of God using normal, imperfect people to tell of His power and mercy. David uses a single stone to defeat a giant. Jonah survives three days within the belly of a fish. Sarah conceives a child in her old age. These are magnificent and true events. The men and women who submit to God’s will in the Bible are not within a vacuum absent of sinful tendencies and temptations. Rather, just like our ancestors from thousands of years ago, we encounter distractions designed to inundate our bravery with doubt.

A story in Matthew 14 provides such an illustration of a man making a brave decision yet becoming overwhelmed after taking the first step. As Jesus walks on the Sea of Galilee towards His disciples waiting on the boat, the disciples are wary of the approaching figure, fearfully crying out, “It’s a ghost!”  Jesus works to assuage their terror, soon inviting Peter to join Him out on the water. “Then Peter got down out of the boat, walked on the water and came toward Jesus. But when he saw the wind, he was afraid and, beginning to sink, cried out, ‘Lord, save me!’  Immediately Jesus reached out his hand and caught him.” (Matthew 14:25-31)

I must admit that, despite being just as fundamentally normal and imperfect as famous Biblical heroes, I often consider my life to be exceptionally normal and imperfect. I have never built a giant ark to survive a global flood, conversed with archangels, or circled city walls until they fell. My life often mirrors Peter – I take a brave step then start sinking. I wonder if Esther doubted her realm of influence when chosen as queen. She boasted no royal title, hid her ancestry for survival, yet God still involved her as an integral part of His narrative. In company with Peter and Esther, we matter because God determined that we would be meaningful.

Fearful hearts are human hearts, and God sent His son to rescue and redeem them. God is not deterred, intimidated, or put off by our shortcomings. When you and I choose to live for God, He places us in influential moments where we can choose bravery over fear. Though even when we choose bravery and are weighed down by distractions, He pulls us back up. His grace is abundant, and He will continue to call us out on the water. We must continue to be willing to take the step out.