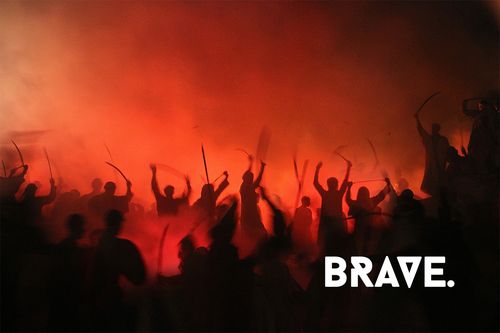 “… Haman looked for a way to destroy all Mordecai’s people, the Jews, throughout the whole kingdom of Xerxes.” (Esther 3:6b)

How could Satan ever believe he can outwit God in his long-standing war against God?  Satan is a creature limited in understanding and power; but God is the eternal One who created all things and whose wisdom, justice, and power are unlimited. Yet the battle between good and evil persists, not because God and Satan are equals but because God has permitted it for a time for His good reasons.

The story that unfolds in the book of Esther illustrates Satan’s ongoing attempt to exterminate the Jews, who God promised would be the progenitors of God’s anointed Messiah, Jesus Christ our Lord. By doing so, Satan would be victorious over God’s plan of redemption. You see, Haman was just a tool Satan used to turn this “spat” between Haman and Mordecai into a threat to all the Jews living in the Persian Empire.

Satan had already been successful in taking a third of the angels with him when God judged him for his wickedness and cast him out of heaven down to the earth. (Isaiah 14:12, Revelation 12:4) Satan was also successful in tempting Eve to rebel against God by eating the fruit from the Tree of the Knowledge of Good and Evil in the center of the Garden of Eden, which God had forbidden Adam and Eve to eat. She also gave some to Adam, and he also ate. (Genesis 3)

This rebellion by Adam resulted in God placing curses upon Satan (represented by the serpent), the woman, and the man. God said to the serpent, “And I will put enmity between you and the woman, and between your seed and her seed; he shall bruise you on the head, and you shall bruise him on the heal." (Genesis 3:15) Ever since the curse, this great conflict between the serpent’s seed (Satan and his agents) and the seed of the woman (the Messiah) continues.

In the book of Job, Satan accuses Job of selfish reasons for being blameless and upright. But in the end, God proves His worthiness to be worshipped and obeyed through the severe tests God permitted Job to endure.

Through many attempts by Satan to frustrate God’s plans, God is always one step ahead of Satan. As Haman plotted evil against all the Jews because of the perceived disrespect by Mordecai, God would once again prove that He will always prevail against Satan and the forces of evil.

Take comfort in the One who will not only win the battle, but will also win the war.