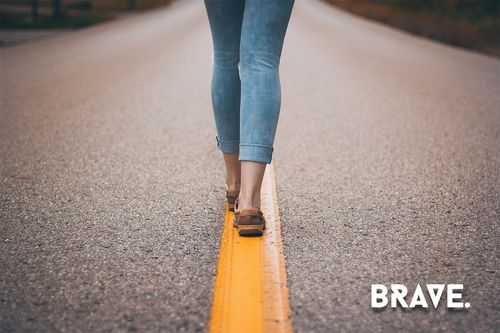 Mordecai, a Jew who we later learn had formerly disclosed an assassination plot against the king of Persia that saved the king’s life, had never been honored by the king. However, Haman was given the greatest honor the king could bestow. There’s no mention of the reason the king chose to do such a thing. Perhaps Haman was able to stroke the king’s ego and manipulate his way into such an honorable position.

But regardless of the backstory, the king found it important to order obeisance to Haman from everyone who would pass by him. It seems that the king must have known that Haman would not otherwise command the natural respect from those around him.

Mordecai stood out from the others by continually refusing to kneel down to Haman or pay him honor, although he must have known that disobeying the king could lead to disastrous results. Was this the reckless act of a rebel? Far from it. Haman was an Agagite, a descendent of the Amalekites, whose people were sworn enemies of God. The Amalekites had attacked the Israelites after they had escaped from Egypt and were on their journey to the Promised Land.

Once the Amalekites were defeated, “Then the LORD said to Moses, ‘Write this on a scroll as something to be remembered and make sure Joshua hears it, because I will completely blot out the memory of Amalek from under heaven.’… The LORD will be at war against the Amalekites from generation to generation.” (Exodus 17:14, 16b)

How could Mordecai show homage to the enemy of the Jews and the enemy of God? That would be a line he just couldn’t cross and still be true to his Lord. Mordecai was convinced that holding to his key convictions, regardless of the price he might have to pay, was vital to remaining faithful to God.

All of God’s people have a duty to do the same. Acting according to Biblical principles and keeping a clear conscience before God and man is imperative. But remember, your obedience to the Lord will likely stir up animosity from the world. “If the world hates you, know that it has hated me before it hated you.” (John 15:18) Where will you draw the line?