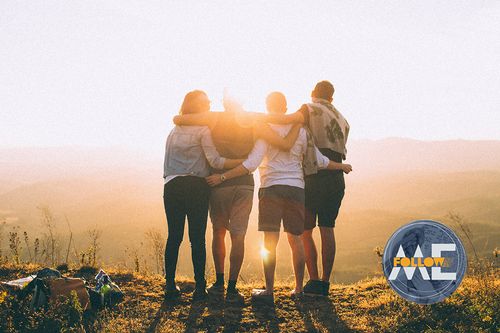 Sometimes I feel like I’m standing in the Roman Colosseum facing somebody with whom I may disagree, but otherwise get along with fine, except every newspaper, TV news program, blog, and person with a social media account is in the stands yelling, “Fight! Fight! Fight!” Even if he and I wanted to have a civil discussion, it would be difficult because of the noise.

Have you heard anything controversial in the news lately? Don’t worry - I’m not going to discuss any of those issues here. But lately it seems a lot of us are eager to pick a side and less eager to hear what the other side is saying or why they feel that way. When was the last time you heard somebody say that they used to think one thing; but after listening and learning about it, they realized they were wrong and changed their mind? I must confess that I seldom count a previous opinion as a mistake; and considering how many other things I do incorrectly, it stands to reason that I must also have some bad opinions.

Recently I stumbled across this quote from C.S. Lewis that took me aback:

“The devil always sends errors into the world in pairs - pairs of opposites. And he always encourages us to spend a lot of time thinking which is the worse. You see why, of course? He relies on your extra dislike of the one error to draw you gradually into the opposite one.” - C.S. Lewis - Mere Christianity

Please don’t misunderstand me. I’m not saying that your opinions about any issues of the day are evil. But as Christians we are to be “in the world but not of the world.” We should have thoughtful opinions backed up by our faith. But we must not fall into the trap of simply lining up with one side to yell at the other side. Our Christian community has more important goals from which we must not be distracted. For example:

And they devoted themselves to the apostles’ teaching, to the fellowship, to the breaking of bread, and to the prayers… Every day they devoted themselves to meeting together in the temple complex, and broke bread from house to house. They ate their food with a joyful and humble attitude, praising God and having favor with all the people. And every day the Lord added to them those who were being saved. Acts 2:42, 46-47 (HCSB)

Controversies are inevitable in a broken world. Some problems have clear right and wrong answers, but many do not. Imagine for a moment that Jesus is standing, arms outstretched, between you and someone with whom you strongly disagree on a worldly issue. He loves them as much as He loves you. If we turn our backs on an opponent in hatred, we are also turning our backs on somebody else.