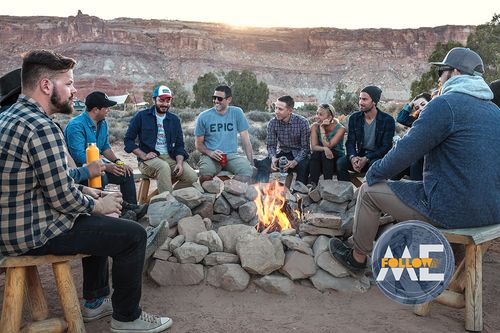 Yesterday I told the story of the moment I knew I had found a community at church. The group was mostly young married couples, and today I have a story about how that community acted to support its own.

One couple lived near the Kentucky River. And when I say “near,” I mean “could open up a window and throw a rock into it.” There was a period of very heavy rain, and we got a phone call from another couple in the class. A change would soon be made to one of the locks and dams to ease flooding somewhere, but that meant that our friends’ rental house might be flooded in a few short hours. There wasn’t much time.

Within an hour, a rag-tag mix of cars and trucks descended upon their home and carried away most of their belongings. I can no longer remember where we took their things, if the house was ever flooded, or if they ever moved back after such a scare. But here twenty-five years later I remember getting the call that one of us was in need, and how many people dropped what they were doing to help.

Then fear came over everyone, and many wonders and signs were being performed through the apostles. Now all the believers were together and held all things in common. They sold their possessions and property and distributed the proceeds to all, as anyone had a need. Acts 2:43-45 (HCSB)

A community of Christians is more than a passive group of people with common interests who sit around and discuss issues and share opinions to learn from one another to grow in our faith. A true Christian community is active, ready to move when there is a need it can meet.

Maybe you are young and healthy and the need you can meet is helping a neighbor move a couch. Maybe your couch-moving days are behind you, but you know somebody for whom a simple phone call would be a bright light during a dark time. For a community to work, we must all participate by using the unique combination of gifts that God has given each of us.

But there is another perspective on this that I don’t want us to miss. Maybe you’re not the one with the pickup truck and the strong back in this story. Maybe you’re the one facing a flood. Your community cannot support you if it doesn’t know you need help. A healthy community helps its own, but its own must be humble enough to speak up when help is needed.

God, help us to be willing to play whichever role lies before us.