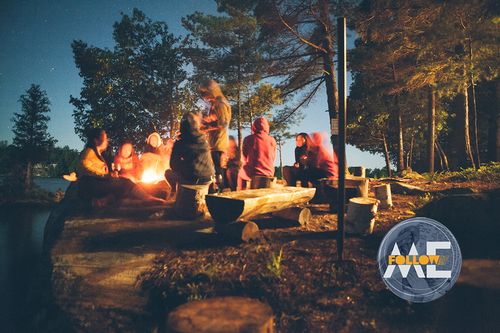 I can pinpoint the ridiculous moment I knew I had found a community at Immanuel.

Soon after Laura and I married, we joined a Sunday morning Bible study class for young couples. We knew it was important to be part of a group of people going through similar challenges. Most of us were new to marriage and early in our careers. Some were having babies; some were buying their first houses. Some were brand new to Lexington.

It was a wonderful mix of faithful, friendly people. The challenge for me was that they all knew each other before we showed up, and it can take me a long time to get comfortable in new groups. One weekend we went bowling and I sat next to a super-friendly, quietly hilarious guy we’ll call Chuck. Chuck and his family have long-since moved to another state for work, but he and I hit it off and had a fun time making fun of ourselves, and eventually each other, as we struggled to bowl.

A couple weeks later our group met for lunch at a cafeteria-style buffet restaurant, where you start in line to pay and then get your food before you sit down. My eyes scanned a sea of faces to locate others in our group when I spotted Chuck. He was sitting far away; and the moment our eyes locked, instead of the normal, friendly “Hey, we’re over here” wave, he pointed at me and began silently muttering, stone-faced, like he was out to get me.

It made zero sense but remains one of the funniest things I’ve ever seen. He just thought it would be funny and that I’d think it was funny, too. And he was right. And from that ridiculous moment forward, I was no longer an observer but was part of the group.

Every day they devoted themselves to meeting together in the temple complex, and broke bread from house to house. They ate their food with a joyful and humble attitude, praising God and having favor with all the people. And every day the Lord added to them those who were being saved. Acts 2:46-47 (HCSB)

Have you found your community at church? If you have not, I encourage you to seek one out, and if it’s not a good fit, don’t give up. Keep trying.

And if you have found your community, I want you to give thanks to God for that group, but also to learn a lesson from Chuck. Somebody is out there desperately scanning the crowd for a familiar face. Keep an eye out for them and make them feel welcome.

But maybe a wave and a smile are safer places to start.