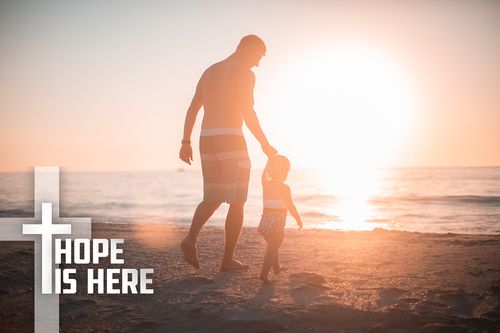 The duties of a shepherd in the times of Jesus were quite burdensome. He would lead his sheep to good pasture and keep watch over them during the day. He would guide them to running streams or wells so they would have water. If a sheep strayed from the rest, he would search diligently until it was found and then lead it back. He would protect his sheep from the predators and thieves, and he would count the sheep at the end of the day to make sure none were missing. The sheep needed their shepherd.

Likewise, the Lord is our Good Shepherd. We, who so often stray from the good path, need the staff and rod of our Shepherd to guide us along uncertain paths. His discipline, providential hand, and Holy Spirit guide and protect us in the way we should go. When confronted with overwhelming circumstances, God is ready, willing, and able to protect us from all harm.

The Bible is full of stories that illustrate God’s faithfulness as our Good Shepherd. For example, Daniel 3 tells the account of Shadrach, Meshach, and Abednego, who were faithful Jews that Nebuchadnezzar, the king of Babylon, had appointed as administrators over the province of Babylon. Upon being ordered by the king to worship the gold idol he had erected, these men refused to obey the king because God’s Word forbade them to do so.

The penalty for their disobedience to the king was to be thrown into a blazing furnace. They were confident that God was able to save them and even told the king about their confidence in God. So, they were bound and thrown into the furnace, but the flames did not harm them. When the king looked in, he saw a fourth One that looked like a “son of the gods.” When the men came out, their hair was not singed, their robes were not scorched, and there was no smell of fire on them.

God rescued these men from the raging fire, and God received the glory. The king praised their God, warned everyone not to speak against their God, and promoted all three faithful men.

The God who created all things and established the laws of nature can also circumvent these laws as He chooses. God does not change. He is just as capable to rescue you through your trials, as He was able to protect His servants from the flames. Will you trust Him to do so?