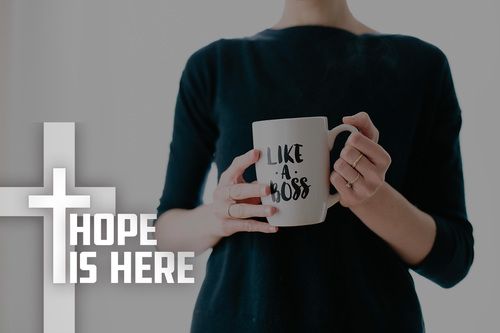 Coming soon to Netflix: A dysfunctional band of brothers let jealousy and envy take deep root. The favorite son is thrown in a literal pit only to be sold into slavery by the brothers that hated him the most. As guilt begins to consume them, they fake his death… only to one day find themselves needing him and his help. Will he help them… or make them pay?

We find Joseph in the beginning of Genesis 39 having been sold into slavery and eventually ending up in the house of Potiphar, an official of the Egyptian Pharaoh. Joseph had been bought and sold a couple of times, but we have no idea the trauma he would have suffered to this point. I’d be hard pressed to imagine he had one full night of rest, a full meal, or hadn’t been beaten.

“When his master saw that the LORD was with him and that the LORD gave him success in everything he did, Joseph found favor in his eyes and became his attendant. Potiphar put him in charge of his household, and he entrusted to his care everything he owned. From the time he put him in charge of his household and of all that he owned, the LORD blessed the household of the Egyptian because of Joseph. The blessing of the LORD was on everything Potiphar had, both in the house and in the field.” (Genesis 39:3-5)

This spoiled teenage daddy’s boy had suffered great loss and pain; but we learn from these verses that what the Lord was building in him, he held to dearly. The Lord gave him success is everything he did. Everything! He wouldn’t have known how to run a household, much less possess any marketable trade; yet here he was … being entrusted with everything Potiphar had. What do we gather from this? God isn’t searching for the smartest, the best orator, or the strongest… He is looking for the willing. Joseph had nothing to lean on but his faith while His heavenly Father was building a leader in him… one painful success at a time.

Joseph became a leader as a servant. My lands. If that isn’t a beautiful image of Christ, I don’t know what is.

How can we become leaders of servanthood? What challenges and/or successes is God allowing in your life to build you into the “who” you were created to be?