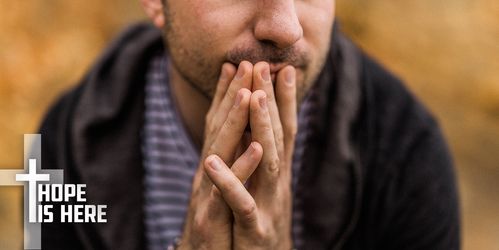 This week we’re going to look at a “Hope Is Here” story from an amazing duo – Paul and Silas! And we’ll also learn about the hope they had in Christ. You’ve probably heard a lot about Paul – he had a way of telling his story quite often – and even left behind a number of letters, so we know pretty much how he felt about a lot of things. So before we get into the “duo,” let’s find out how Silas entered the picture.

First mention of Silas is in the middle of the book of Acts: “Then it pleased the apostles and elders, with the whole church, to send chosen men of their own company to Antioch with Paul and Barnabas, namely, Judas who was also named Barsabas, and Silas, leading men among the brethren.” (Acts 15:22)

So … the first thing we know about Silas is that is he is a leader among the believers. His mission on this occasion is to accompany other brethren to deliver a letter of encouragement to the Gentiles in Antioch – and correct the misguided impression that others had given them – that they must be circumcised before they could be believers – essentially saying they needed to become Jewish before they could become Christians.

Another thing I noticed about Silas (which made me smile) was an area in which he resembled Paul. Like Paul, he was a man of many words! “Now Judas and Silas, themselves being prophets also, exhorted and strengthened the brethren with many words.” (Acts 15:32)

That passage also tells us he was a prophet, a divinely inspired spokesperson; and by his many words, he was able to encourage and strengthen the believers in Antioch. After they had accomplished their mission, Silas and Judas were supposed to return to Jerusalem; but Silas didn’t go back! “However, it seemed good to Silas to remain there [Antioch].” (Acts 15:34)

And that’s that! We don’t know WHY it seemed good to him to stay in Antioch; we just know it seemed good to him, and he stayed. From what we will learn from “the rest of the story,” it was indeed good; and most likely God’s Holy Spirit was behind it all – working all things together for good (Romans 8:28).

Something to think about: has God’s Holy Spirit spoken to your heart lately, and are you sensing there is something that “seems good” that you might need to be doing? Do you realize that your obedience to that “seems good” something might just be the beginning of God doing a new work in your life – and perhaps, like Silas, that might involve giving hope to other believers.