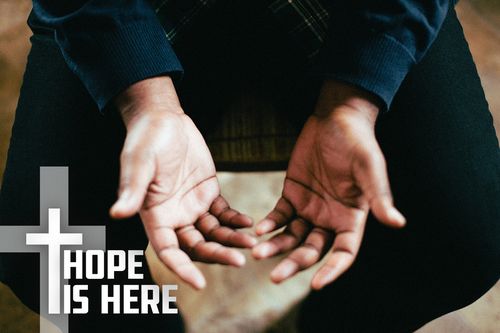 It hasn’t been easy over the last few months.

On the surface, it seems as if it should be easy to stay close to home as much as possible. What could be so hard about that?

One of the hardest aspects of these months is that we have not been able to meet as a church family. Even though we have been able to worship online, meet in parking lots to eat, donate items and financial resources for others, have drive-in church and see some faces; it hasn’t been the same.

God’s people have been scattered and without a “home.”

Perhaps the Levites felt a similar disappointment when the time came to settle in the Promised Land. Joshua and Eleazar, the priest, presided as lots were drawn and the tribes were given their inheritance.

“But he gave no inheritance among them to the Levites. The descendants of Joseph became two tribes, Manasseh and Ephraim. No portion of the land was given to the Levites except cities to live in, along with pasturelands for their cattle and livestock.” (Joshua 14:3-4)

The Levites were denied a homeland. Instead, they were given cities to live in among all of the tribes. They were scattered.

So, too, has the church now been scattered throughout the community. Instead of dreaming about the way it used to be, perhaps we should follow the example of the Levites and serve our neighbors more.

A lot has certainly changed over the last few months. The old way of “doing church” may not come back for a while. But, maybe, just maybe, this is part of God’s design for His people at this time.

Today, pray and ask God to reveal what you can do to serve Him among the people God has placed in your more limited world. Ask him to show you how to show others that “Hope is Here.”