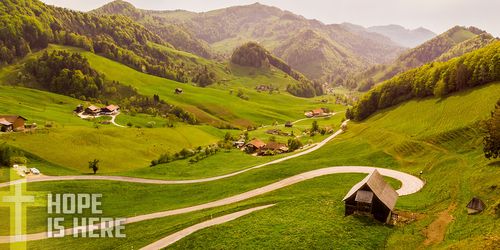 One of the things I love doing is helping others read the Bible. One of the first and most important principles is this: know the context. In other words, context is king when it comes to correctly understanding a passage.

So it is important to remember the context of the prodigal son, if we are going to understand the point Jesus is making with the older brother. So as a quick reminder, Jesus and the religious leaders are in conflict because Jesus accepts sinners. In response, he tells three parables to teach the Pharisees about God. In the parable of the prodigal son, Jesus introduces the older brother to represent the grumbling leaders.

So how does the older brother respond to his father’s grace towards the younger son?

“Now his older son was in the field, and as he came and drew near to the house, he heard music and dancing. And he called one of the servants and asked what these things meant. And he said to him, ‘Your brother has come, and your father has killed the fattened calf, because he has received him back safe and sound.’ But he was angry and refused to go in. His father came out and entreated him, but he answered his father, ‘Look, these many years I have served you, and I never disobeyed your command, yet you never gave me a young goat, that I might celebrate with my friends. But when this son of yours came, who has devoured your property with prostitutes, you killed the fattened calf for him!’ And he said to him, ‘Son, you are always with me, and all that is mine is yours. It was fitting to celebrate and be glad, for this your brother was dead, and is alive; he was lost, and is found.’” (Luke 15:25-32)

Compared to his younger brother, he is a model child. Loyal. Obedient. Hard working. Everything one would want in a son. Yet here he stands without a party. If we were honest, most of us would have been upset too.

But Jesus is revealing something about the Pharisees -- and us. It is easy to see ourselves more as God’s servants and focus on the things we do. We lose sight of God’s grace in our lives as His children. When this happens, grace is replaced with grumpiness.

So if we are to be conduits of God’s hope, we can’t lose sight of His grace toward us. To remind your heart of God’s grace to you, spend time reflecting on at least three ways God has shown you grace in your life. Because He has had compassion on you, you can have compassion on others.