The Hope of Grace 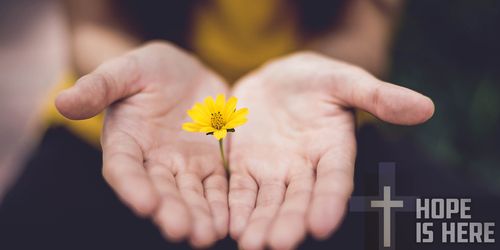 Most of us have gone through the process of purchasing a car to get you where we needed to go. After negotiating a fair price on a used vehicle with some miles on it, I’ll bet none of us were then the given keys to a brand new model with all the bells and whistles -- just because the dealer was in a good mood. Life doesn’t usually work that way.

Having come to the end of his rope, the younger son’s only hope was his father. As you read the passage below, you can hear him practicing his bargaining skills as if he is going to a used car lot.

But when he came to himself, he said, “How many of my father's hired servants have more than enough bread, but I perish here with hunger! I will arise and go to my father, and I will say to him, ‘Father, I have sinned against heaven and before you. I am no longer worthy to be called your son. Treat me as one of your hired servants.”’ (Luke 15:17-19)

The son is desperate and knows the only person who might hire him is his father. Yet he knows even a job offer would be an act of grace. We know how the story ends; but, for a moment, pause to feel the son’s absolute desperation for his father’s mercy.

“And he arose and came to his father. But while he was still a long way off, his father saw him and felt compassion, and ran and embraced him and kissed him. And the son said to him, ‘Father, I have sinned against heaven and before you. I am no longer worthy to be called your son.’ But the father said to his servants, ‘Bring quickly the best robe, and put it on him, and put a ring on his hand, and shoes on his feet. And bring the fattened calf and kill it, and let us eat and celebrate. For this my son was dead, and is alive again; he was lost, and is found.’ And they began to celebrate.” (Luke 15:20-24)

We are no different. It is God’s abundant grace in Jesus that gives hope in all situations. Since grace is not dependent on our goodness or ability to bargain with God, hope isn’t either.

Will you spend time in prayer for someone who needs the hope of grace? And if you are able, go a step further to demonstrate and share the grace of God in some way.