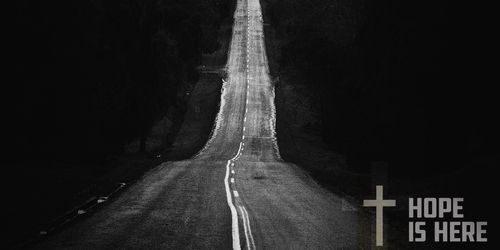 If you have watched Willy Wonka & the Chocolate Factory, I am sure you remember Veruca Salt. She is the young, spoiled girl who wanted the whole world and wanted it now, only to end up in the rubbish with other bad eggs from Wonka’s golden goose.

In Jesus’ parable of the prodigal son, the younger son is not much different than Veruca. Both were driven by selfish desires that led them on a hopeless journey.

And he (Jesus) said, “There was a man who had two sons. And the younger of them said to his father, ‘Father, give me the share of property that is coming to me.’ And he divided his property between them. Not many days later, the younger son gathered all he had and took a journey into a far country, and there he squandered his property in reckless living. And when he had spent everything, a severe famine arose in that country, and he began to be in need. So he went and hired himself out to one of the citizens of that country, who sent him into his fields to feed pigs. And he was longing to be fed with the pods that the pigs ate, and no one gave him anything.” (Luke 15:11-16)

The younger son wanted his inheritance and he wanted it now. By requesting his inheritance before his father even passes away, he reveals he doesn’t care about his father; he just wants his stuff. By disconnecting himself from his father’s fellowship, he sets out on a journey beaming with excitement but doomed to fail. He ends up with no money, no home, and no food. Truly hopeless.

It would be easy to demonize this son, but how many of us have treated God in a similar way? In our selfishness, we only care about what God can give us and not about God Himself. We live with our hearts in the far country instead of in fellowship with God. This is a hopeless journey.

If you have heard this story before, you know the son finds hope in his father. But before we get there, let’s consider the end of the above passage, “and no one gave him anything.”

This simple phrase captures his hopelessness and is what many people experience in hopeless times. Yet we who know the hope of the Father can change this. Because of all Jesus gave, we have so much to give.

We can give our time.

We can give our resources.

We can give encouragement.

We can give the gospel.

We can give hope.

Let nobody in our midst say, “no one gave me anything.”