Such a Time as This 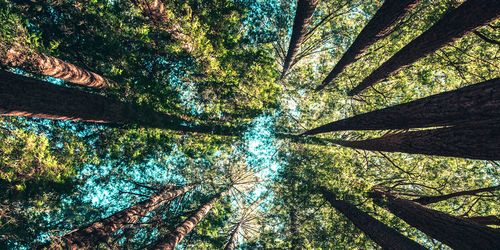 When I glanced into my sister’s room, I saw a cup full of dirty water and paintbrushes – along with a palette of paint.

A few minutes later, she walked into my room and gave me a colorfully painted canvas – and on it was Ecclesiastes 3:11: “He has made everything beautiful in its time.”

These are, to say the least, weird times. In fact, it often seems like time has lost its meaning— some days feel like they last years, while I’m not sure the month of April even happened. A few weeks ago— though it feels like longer— I graduated from the University of Kentucky, via Zoom.

Few of us would have chosen to spend our time this way if given the option. Thankfully, many of us are able to endure these hardships in relative comfort, but there are certainly challenges.

I propped the painting from my sister on my dresser. I glanced over at it and thought of another well-known verse about time, Esther 4:14, which reads in part: “And who knows whether you have not come to the kingdom for such a time as this?”

This was Mordecai speaking to Queen Esther, who was married to a king who was being manipulated into murdering Esther’s people, the Jews. Esther, quite understandably, was both concerned and scared. A huge, unexpected, frightening task had fallen to her, one that she hadn’t signed up for when she became queen. Her mission was this: petition the king on behalf of the Jews.

Because Esther is human, I’m sure these thoughts crossed her mind: “Why me? Why is this happening now?” But Mordecai reminds her— without even mentioning the name of God— that there is a divine plan. Mordecai, also a human, couldn’t know for sure, but he says perhaps— perhaps you were made for this very time.

Esther had a clear purpose. Our purpose now may be less clear, but I believe it’s there. Rather than asking why this is happening, we should consider what might be God’s plans within these circumstances.

We, like Esther, are surrounded by hurting people -- or people who might soon be hurt. We must consider how we can serve them.

We must consider how we can glorify God, even in such a time as this.