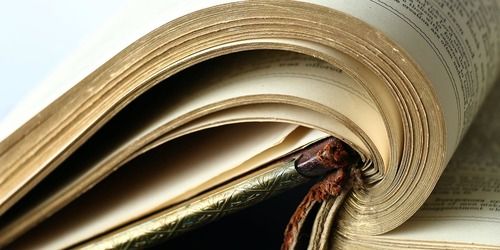 I paid little attention to the road ahead of me when I rode in the backseat of a car as a child. I might watch the trees race by, read a book, or take a nap; but I was entirely dependent upon the discernment of my parents in the front seat. The rules were simple: no yelling or fighting with my brother or sister. When I earned my driver’s permit, a new standard of legal, ethical, and personal responsibility was handed to me. Hours behind the wheel accumulated and expectations grew until I earned the title of an independent, mature driver.

Maturity is defined by several different markers and varies depending on cultures and traditions. On a quite simplistic level, there are milestones that indicate advancement in maturity, lacing together with increased responsibility, culminating in being fully developed.

Paul has just written that, despite his shortcomings, he will continue to press on towards heaven. It is in this context that he is prompted to speak on maturity in our relationship with Jesus. “Let those of us who are mature think this way, and if in anything you think otherwise, God will reveal that also to you. Only let us hold true to what we have attained” (Philippians 3:15-16).

As Paul is writing this letter, we must remember that much of the New Testament was still being experienced in real time and not yet penned for history. His life proved to be a living testament on how believers might effectively commune with God. As we work towards a mature relationship with the Creator, our focus becomes increasingly integrated and knit together with love, infiltrating and altering the way we approach the world.

But what about those “who think otherwise?” What about the days we try to press on but fall short or become overwhelmed with distraction? Christ waits for us and works within us. Recall the promise we know to be true: God is able. Paul is trusting the Lord to deal with the most valued members of His creation -- the people He has already died to save.

Whether mature or laden with questions of uncertainty, we are asked to cling to truths already attained. Even if we do not yet know something to be true, there is no excuse to not live out what Christ has already made clear to us.