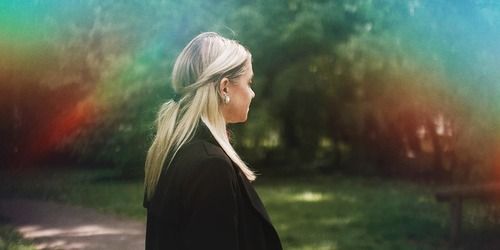 At my elementary school, our curriculum used songs for learning. As years passed, students accumulated a diverse playlist: from West Virginia counties, US presidents, prepositions, and the Ten Commandments… we had a song (and sometimes a dance) for everything!  Including how to spell Obedience.

“O-B-E-D-I-E-N-C-E. Obedience is the very best way to show that you believe!” And on we would sing. As a child, I considered obedience a chore; I was obedient because it was expected of me, kept me out of trouble, and earned me brownie points with teachers. I would eat all my dinner (veggies included) -- not because I understood the value of a nutritious meal -- but because I wanted dessert!  I was not, am not, always obedient simply to show what I believe.

So how are we approaching our responsibility to be obedient to Christ?

Consider this: in Philippians, Paul writes on the frailty of human endeavors; yet his continued pursuit is to know Christ better, “because Christ Jesus has made me His own” (Philippians 3:12). Moreover, in his letter to Rome, Paul says, “God shows His love for us in that while we were still sinners, Christ died for us” (Romans 5:8). In both instances, we uncover a central piece of the Christian faith: Christ came for us when we could offer nothing in return.

In my life, I have followed a distorted checklist of “do this, avoid that,” because it was expected of Christians. While I considered obeying a list to be enough, I was failing to take hold of what has been won for me. The most manicured lists do not get me any closer to a Savior-- a Savior that already conquered hell on my behalf.

Since Christianity is not manifested by following rules, Paul’s actions indicate that the believer’s mission is to be an outpouring of our thanksgiving. He is not building the early church and mentoring young believers to win approval or avoid punishment of hell, but because we are already His.

When we surrender the failure and uncertainties of our lives to Jesus, He offers joy and freedom in return. In his book Mere Christianity, C.S. Lewis writes that our behavior of doing what is right is not done “in order to be saved, but because He has begun to save you already. Not hoping to get to Heaven as a reward for your actions, but inevitably wanting to act in a certain way because a first faint gleam of Heaven is already inside you.”

Christ’s sacrifice on the cross eradicates our need to work for salvation, making room for us to press on toward heaven, as it is heaven for which we have been made.